A Festival of Oscar Riches

A Festival of Oscar Riches 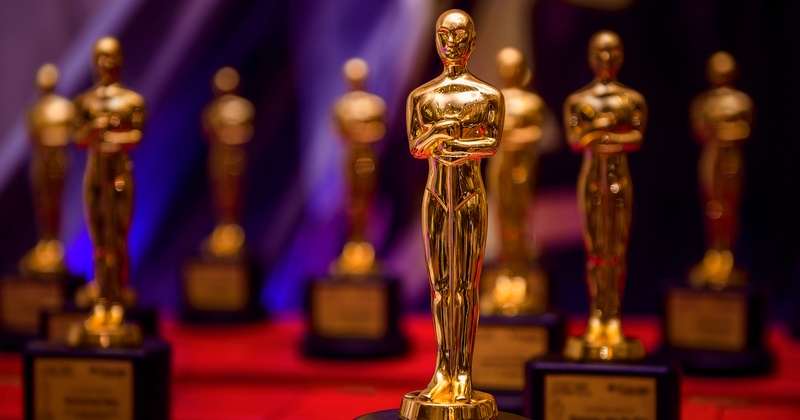 And so Oscar got to celebrate his 80th birthday after all! The Academy Awards, which until a couple of weeks before the event appeared to be an iffy proposition because of the Hollywood writers' strike, went off without a hitch with both fashion designers and writers working overtime to dress the stars and write their lines (respectively, of course).

Vanity Fair magazine had already cancelled its post-Oscar party "out of respect for the writers" and stuck with the decision, despite Academy Awards' host Jon Stewart's quip: "There is another thing they can do to show respect for writers...actually invite some of them to the party next time." Stewart mined the strike for jokes, likening the meeting between the producers and writers at the awards show, after three months of tense standoff, as "make-up sex."

While the Coen brothers' No Country for Old Men, a powerful dark drama about lawlessness in the modern West, swept the best picture, director, writing and supporting actor awards, black themes dominated the rest of the best picture nominees as well - Michael Clayton, about the unethical doings at a law firm; There Will Be Blood, about a ruthless oil tycoon in the early 20th century (Daniel-Day Lewis won Best Actor for the film); and Atonement. The sleeper hit about a pregnant teenager, Juno, was the only comedy nominated - its writer carried home the best original story prize. And of course, lovely Marion Cotillard who won the best actress award for La Vie En Rose.

Given the dank winter on the east coast this year, it was a good time to stay at home and watch the TCM channel (Turner Classic Movies) run its annual 31-days of Oscar winning and nominated films festival, starting February 1. I have not seen this year's best picture winner No Country for Old Men, but if there are fans of the Coen brothers, who wrote, produced and directed this film, out there, I recommend they watch their last winner (for writing and supporting actress), Fargo. It is based on a true story about a man who arranged for the kidnapping of his own wife and was hunted down by a pregnant small-town sheriff. The haunting cinematography of the film is like an additional character altogether.

As a fan of period films, (be it Shakespeare in Love or Dr Zhivago), I was lucky to catch TCM's showing of the best period film I have ever seen - The Lion in Winter. Set in 1118 AD, it revolves around the family intrigue surrounding an ageing Henry II and his estranged wife, played superbly by Peter O' Toole and Katherine Hepburn, and starring young Anthony Hopkins and Timothy Dalton. The film is laced with incredible humour, great musical score and stunning cinematography.

Among the other past Oscar films I enjoyed watching this February were The Hospital , Network, and Chinatown from the 1970s; Kundun, Quiz Show, LA Confidential, and A River Runs Through It from the 90s; All the King's Men, Casablanca, and Rebecca (1940s); On the Waterfront, The Caine Mutiny, and All About Eve from the 1950s; The Front Page and Citizen Kane (journalism related films); Lolita and In the Heat of the Night (1960s); Grand Hotel, Mr. Smith Goes to Washington, and Mr. Deeds Goes to Town (1930s); On Golden Pond, Witness and The Big Chill (1980s); The Bridge on River Kwai and The Great Escape (war movies); Notorious and North by Northwest (Hitchcock); 12 Angry Men and The Paradine Case (courtroom dramas); Il Postino; Life is Beautiful, and Letters from Iwo Jima (foreign films); and the new millennium films A Beautiful Mind and The Lord of the Rings: The Return of the King.

A few films that stand out particularly: The Apartment, from 1960, starring Shirley Maclaine and Jack Lemmon ( its relevance in modern times is apparent from the fact that Madhur Bhandarkar seems to have ripped off part of the storyline of the film in his Metro); Double Indemnity, 1940s classic film-noir starring Barbara Stanwyck and Fred MacMurray (nominated for 7 Oscars); Lawrence of Arabia, a sweeping epic, best seen on a wide screen perhaps, but worth watching even on a large TV screen; All the President's Men (1975); and the two Godfather films of course.

(This article first appeared in Hardnews magazine on February 29, 2008.)