Almost surreal, it was like a war video game

Almost surreal, it was like a war video game 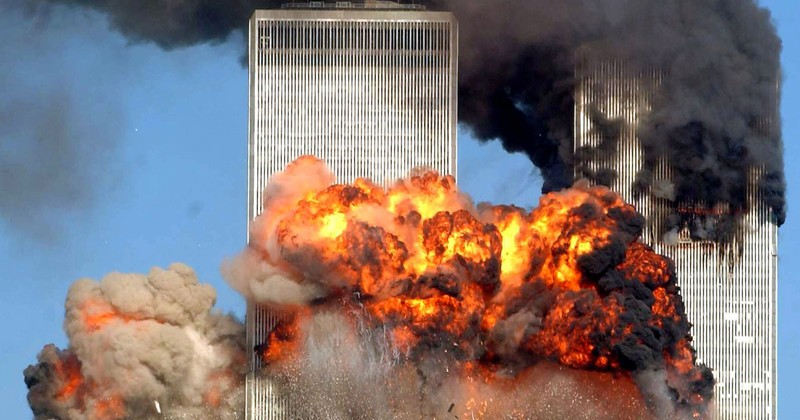 I have met history in some unexpected corners of the world but never has it come knocking so rudely at my door as it did this past Tuesday morning in Washington, D.C. Barely out of bed and nursing a cup of tea, I was surprised to see my friend Sumner (in whose home I am a guest this week) letting herself in through the kitchen door, minutes after she was supposed to have left for work.

She looked grim as she switched on the TV, “Two planes just crashed into the World Trade Towers in New York,” she said. Little did we know, as we both stared stupefied at the thick, acrid smoke billowing over Manhattan, that another plane in our own backyard was just then getting ready to crash America’s top guns sitting not a stone’s throw away from us.

There was still something surreal at this point of time about the tape that ABC News was playing over and over again: A low flying plane approaching one of the twin towers, appearing to go behind it, and a moment later actually emerging from within it — incredibly transformed into a great ball of fire that plunged downwards in one fluid yet eternal slow motion.

I could swear that what we were watching was just a simulation from one of Sumner’s son Ian’s star wars type video games, “God Almighty,” gasped Sumner, “I should go get Ian from school.” I looked at her, bewildered, my sleep-thickened mind not quite grasping what her alert self was quick to realize — we were under a major terrorist attack and the capital city in which we were sitting was quite possibly going to be Ground Zero.

Even as my friend reached over for her car keys, the TV image suddenly changed to a street scene that looked eerily familiar… black smoke framing a view of the Old Post Office pavilion building near the US State department. Washington DC had been hit. Sumner was pulling out of the driveway as I ran out to join her, the car radio tuned to a local station that was frantically jumping between news of an attack on the Pentagon, another plane crash in Pennsylvania, evacuation of the White House and Capitol Hill, and of course the chaos on the streets of New York.

We heard the first police sirens go off and glanced nervously at the sky on hearing the sound of fighter jets circling overhead. Outside the school, a few equally nervous teachers and parents were glued to their cellphones. The streets, still empty at this point, looked like a huge set for some stage play on which the main characters had yet to appear.

Incredibly enough, as it often strangely happens in such situations, I immediately ran into someone I had not seen in three years… “How are you? How nice to see you? Isn’t this just terrible?” More parents began to arrive. Ian and his friends were out near the car, wondering aloud, as 9-year-old boys are apt to do, whether bombs would be flying around D.C. soon.

As it turned out, rumors flew faster than bombs on this day. “The Smithsonian has been hit,” one person said. “There’s another plane headed for D.C. and it’s about 10 minutes away,” another person shouted. Amidst reports that the West Wing of the White House had been attacked, we headed back home.

Sumner’s mother joined us and even as Ian trained his binoculars on the blue skies overhead looking for a threat that suddenly did not seem so unreal. We turned once again to the pictures on TV that would help sift fact from fiction. While we had been away, one of the twin towers blazing in New York had ceased to exist altogether.

The second inferno quivered for a brief moment in the blinding sunshine of this late summer day, before collapsing in a mushroom cloud, so reminiscent of the blurred black and white pictures of Hiroshima. In an instant, the famous skyline was gone, erased, along with a thousand lives, from the map of the Big Apple forever. Everything was suddenly silent...we, the phone, the television commentary, the traffic outside. I could hear myself breathe in the silence.

(This article first appeared in The Indian Express on September 13, 2001.)