How I Met the Evergreen Hero Dev Anand

How I Met the Evergreen Hero Dev Anand 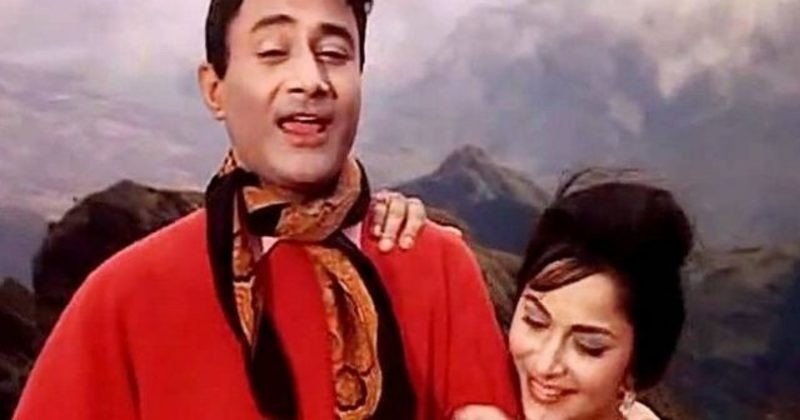 On a bright August morning many years ago, I got onto a Mumbai local from Victoria Terminus to Khar railway station and stood at the gates of Anand Studios. I was there to meet Dev Anand.

The year was 2005 and I had just started working as the Desk Editor for the entertainment pages of the newly launched Mumbai Mirror newspaper. The team of young reporters I worked with was eager to interview all the current popular stars in Bollywood – from Shah Rukh to Rani Mukherjee – but when it came to the film stars of yesteryears, none of them would raise their hands. So it fell on me to talk to actors like Simi Grewal and Rishi Kapoor, but my most memorable interview turned out to be with the legendary Dev Anand, known as the evergreen hero of Bollywood.

Dev Anand, born in 1923 in the Gurdaspur district of what is now Pakistan, co-founded Navketan Films with his brother Chetan Anand in 1949. However, his first film was Hum Ek Hain, in 1946. In the black and white era of the 1950s, he appeared as the lead in several mystery films – Nau Do Gyarah, CID, Paying Guest, Kala Bazaar, etc. In the 1960s and 70s, he went on to give memorable performances in films like Guide, Tere Ghar Ke Saamne, Jewel Thief, Johnny Mera Naam and Hare Rama Hare Krishna. Even as other younger and more popular stars began to appear on the horizon in the 1980s and 90s, the unstoppable actor continued to script, produce and act in films well into the 2000s. His last film, at the ripe old age of 88 in 2011, was Chargesheet, just before he passed away in December of that year. 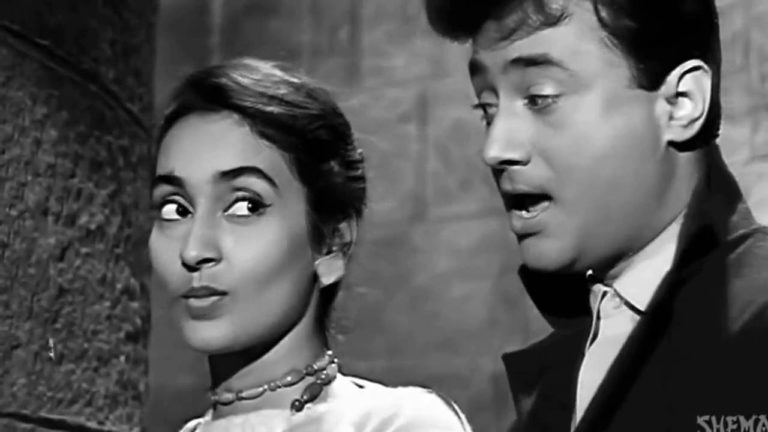 When I called up Dev Saab, as he was known by everyone in the industry, he picked up the phone himself and we fixed the date for the interview at his Pali Hill office in Mumbai, right above Anand Studios. And that’s how it came to be that on a bright August morning I found myself on a Mumbai local from VT to Khar railway station, then in a cab, and next at the gates of Anand Studios. As the elevator took me up to his penthouse office, I was thinking about how it would feel to meet my father’s favourite film star, whose haircut, style of dressing and swagger he had copied in his own youth. Dev Saab opened the door himself and invited me to sit on the sofa (from which he removed a stack of files) while he himself settled into what must have been his favourite armchair. The room was filled with books and overflowing with folders and bound scripts. I looked at him properly for the first time and we started our conversation.

History sat lightly on the frame of this octogenarian – he was agile and fleet-footed and his thoughts flew swifter than the words needed to wing them. It was hard to get a man who keeps looking into the future to pause and talk of his past. Here are some of the things he spoke about: 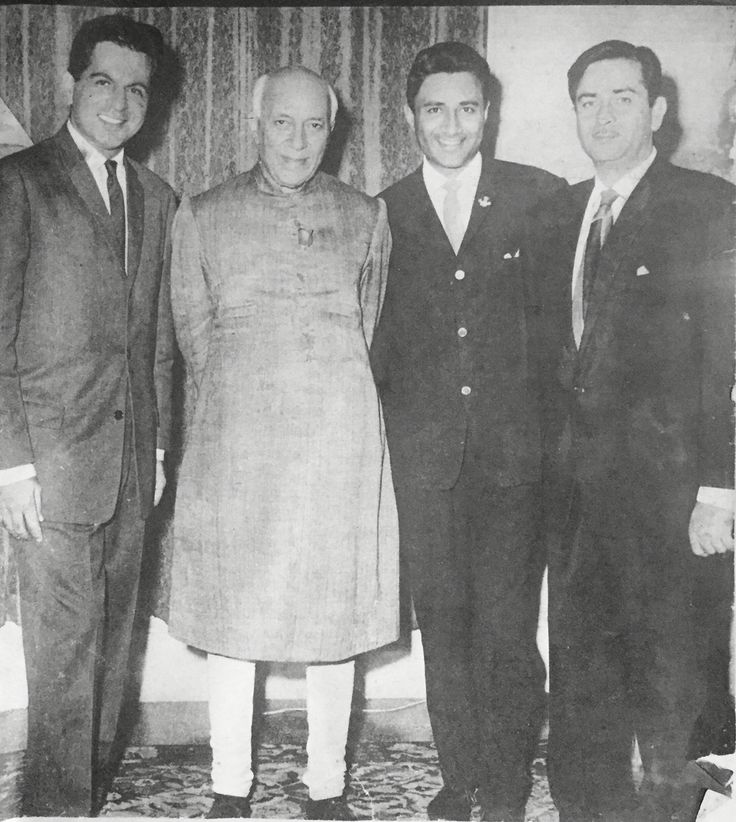 My autobiography covers my life from the time I came to Mumbai in 1945 as a BA English Hons graduate from Lahore Government College, unable to do an MA because my family could not afford it. When I went to Lahore with Vajpayee ji in the peace bus in 2003, I met Nawaz Sharif (then PM of Pakistan), who was also from the same college. He invited me to spend some time there. I told him I was a filmwallah and would stay if allowed to move around freely, watch people, observe things and be allowed to film. He agreed to my proposal. Later, his government was overthrown. I have also recorded my interaction with Pandit Nehru in my autobiography, Romancing With Life. I was closeted alone with him for three hours in Delhi after he had a paralytic attack. Soon after that he passed away while I was in America.

No roles of substance are written for women in Bollywood. Nargis got some good ones and managed to reach the pinnacle of success with Mother India. Among the heroines I introduced all of them were good but yes you can say that Zeenat Aman was probably the most deserving. Among the newer actresses I think Kajol has a strange kind of charm. It results from her ability to perform spontaneously. Beauty to me is not just about a woman’s physical attributes – a woman’s thought process has to be beautiful. Today’s actresses wear contact lenses – you can’t even see their eyes. The most beautiful thing about a woman is the expression in her eyes.

Three lessons that life taught him

When and where his ideas came from

Every day, when I wake up, the first thing I do is shave. That is my time with myself when new ideas come to me. I am always thinking cinema. I also read a lot and am alert to world events. The story of Prime Minister (his upcoming film then) originated at the time when we had a hung parliament for 20 days. Beauty Queen is about the rage for ramp shows and how they exploit women. When in the US a few years ago, I cancelled my return plans the day I heard Ravi Shankar’s daughter Norah Jones had won five Grammys. This would make a fabulous story – a great Indian musician has a girlfriend abroad, a talented daughter with her, who then goes on to become a star.

His run-ins with international actors

My favourite actor is Jimmy Stewart even though many think it must be Gregory Peck because when young I had mannerisms like him. I did meet Peck on my way back from London while he was shooting Roman Holiday with Audrey Hepburn in Rome. But I was pleasantly surprised to find myself alone in an elevator with Jimmy Stewart during the Berlin Film Festival where my film Hum Dono was the official Indian entry. I introduced myself to him and he invited me to his party. We spent a pleasant hour together. 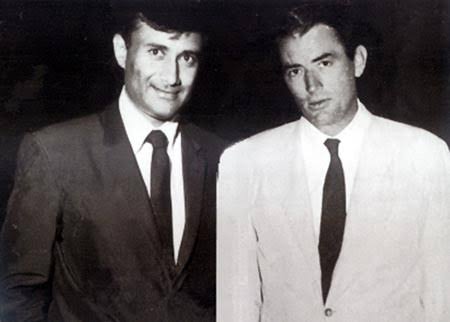 Pearl S Buck came to India with her book, wanting to make a film out of her story with an Indian actor. Vijay and I did not think it would work. Meanwhile, we bought the rights to The Guide from RK Narayan but I had to almost whip Vijay into making this film. We re-wrote the script entirely with Pearl. Vijay was one of the greatest directors we have ever had. Guide was a film much ahead of its time – it had adultery, seduction…so many elements that no one had the guts to show and everyone warned us against making the film. But he did it.

What Mumbai meant to him

Bombay was my dream city when I came here in 1945. Now, Mumbai is dirt, Mumbai is slums, Mumbai is politics. But Mumbai is also free – you can do anything you want here.

What kept him on his toes

I don’t want to ever stop growing. I want to experiment. I want to keep working till I die. And finally, those who want to know about what kept this dynamic, energetic man fit and healthy till his last days – his favourite drink was warm water that he sipped out of cocktail glasses even at parties, his favourite food was steamed vegetables of all kinds, and his exercise routine included lightly running up the stairs sometimes instead of taking the elevator.

And in his next life, if there is such a thing as reincarnation, said Dev Saab as he saw me off, he would like to come back as – you guessed it – Dev Anand!