How Secular is America?

How Secular is America? 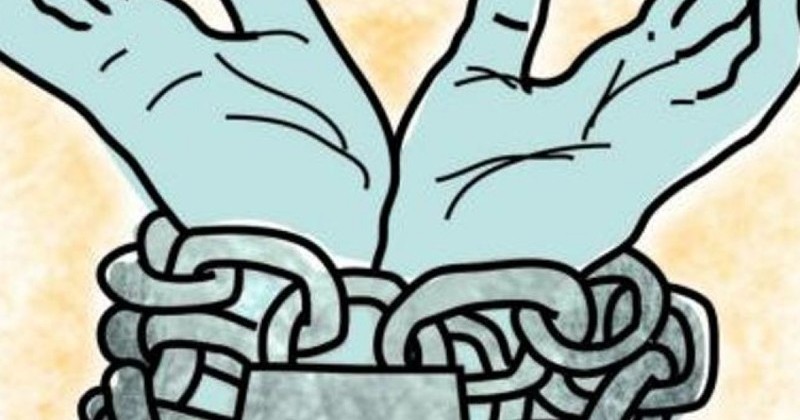 Will Barack Obama's presidency usher a new age of tolerance in a country that has seen religious discrimination rise after September 11, 2001?

The Halloween festival, held on the last day every October, is an annual American ritual featuring kids and adults dressed in witch and ghost costumes, playfully spooking neighbours and friends with tricks and begging for candy treats. Returning home on the Metro this past Halloween, I was accompanied by the usual jovial cast of partying goblins and devils. Most people, however, were giving a wide berth to a lone traveller dressed in regular sneakers and sweatshirt - and a keffiyeh covering his face. That one sartorial item -an Arab scarf used sometimes to protect the face and eyes from dust - was his Halloween ‘costume'. Ironically, in the same compartment was another guy dressed all in black with a ski mask over his face - but no one avoided him.

The boy with the keffiyeh got off at my station and stepped onto the escalator right behind me. Halfway up I turned to him and jokingly remarked that he was scaring more people with his costume than he would with a Dracula mask. He laughed and answered in a distinct Chinese accent, "Yes, people think I am a terrorist and don't come near me."

This incident and the presidential election have lately had me thinking about religious discrimination and secularism in the United States. Although the US, like India, is a constitutionally secular nation, the word ‘secular' is used quite differently here than it is in India. To be ‘secular' in India typically means that one is respectful and tolerant towards different religions. In the US, ‘secular' has somehow come to imply a ‘godlessness' that is akin to if not the same as atheism. The subject is often the cause for heated debate between ultra Leftwing liberals and the rabid Right - the former are accused of wanting to ban prayers and the word ‘God' from schools and other public spheres, while the latter are seen to be Christian fundamentalists who want the teaching of Biblical creationism to replace Darwinian evolutionism.

American secularism is different from that of two other countries - France and Turkey - where secularism is constitutionally enshrined as well. In a paper titled Politics and Religion in Secular States, scholar Ahmet T Kuru states that the US embodies "passive secularism" which implies State neutrality towards religion. France and Turkey primarily practice ‘assertive secularism' which means that the State favours a secular worldview in the public sphere and confines religion to the private sphere. On July 12, 1995, the then US president Bill Clinton issued the ‘Memorandum on Religion in Schools' which stressed that "students may display religious messages on items of clothing to the same extent that they are permitted to display other comparable messages... When wearing particular attire, such as yarmulkes and headscarves during the school day is part of students' religious practice... schools generally may not prohibit the wearing of such items."

This memorandum was not an isolated statement but a part of general state policies in the US toward individuals' display of religious symbols in school. It also appears to be similar to the Indian practice of religious tolerance. But in an attempt to be non-discriminatory towards any particular religion, the US, despite being majority Christian, does not allow ‘The Lords Prayer' to be said at school assemblies in public schools. In India, of course, some government schools often begin their day with Hindu prayers.

In France, an opposite perspective emerged. On December 11, 2003, the Stasi Commission submitted a report on secularism to the then president Jacques Chirac. The French executive and legislators enthusiastically embraced the commission's recommendation of a law to prohibit students' displaying religious symbols in public schools. While the primary target of this new law appears to have been the Muslim headscarf worn by female students, it was also extended to cover the Jewish kippa, or yarmulke, and ‘big' Christian crucifixes.

According to Kuru, "The varying policy courses of the US and France have had a vital impact on a third country, Turkey, whose political elite has been radically divided on the issue of state-religion relations. In this Muslim country, wearing headscarves has been banned in all educational institutions. The politicians on the Left, joined by members of the constitutional court and military officers, have argued for the continuation of the existing ban, while Right-wing politicians, who have had overwhelming popular support, have been for freedom to wear headscarves, at least in universities. The first group looks to French official regulations of religion to legitimise its own restrictive policies, whereas the second group sees American practice as the appropriate model. What is puzzling about these three cases is that, although each has a different approach on how religion should be incorporated into public life, they all are among the very few constitutionally secular states."

But State policies aside, how tolerant is the majority Christian society of the US towards other minority religions in this country? According to the 2001 American Religious Identity Survey, almost 76 per cent of the country is Christian, 13 per cent is non-religious or secular (different from atheist), 1.3 per cent is Jewish, about 0.5 per cent each follow Islam, Buddhism or identify themselves as agnostic, and 0.4 per cent each are Hindu and atheist.

Few will deny that there have indeed been stray instances of minority religions being targeted over the years by hate groups in the US (the dot-busters gangs in New Jersey in the mid-80s which attacked Hindu women is one example). But, in general, race and colour issues have dominated the American debate on discrimination much more than religion. In the recent presidential elections though, it became quite clear that if there was one more issue that threatened an Obama presidency from becoming a reality, it was his Muslim-sounding middle name ‘Hussein'.

Some of my American friends disagree. According to them, no one would give a hoot about Obama's religious beliefs if this election had been held before September 11, 2001. The association of Islam with terrorism, especially since the infamous attack on the Trade Towers, is responsible for the backlash against anything or anyone Islamic, they say. There is some merit to the argument because fear often produces negative correlations. After all, many Indians in the US might secretly admit to being extra cautious in predominantly African American neighbourhoods - they frequently react to the racial stereotyping of black people as being "aggressive and criminal".

A Canadian comic of Indian descent, Russell Peters, puts this in perspective when he points out in one of his routines: "Browns are the new Blacks of North America." He enacts a sketch where the police are willing to forego chasing a black man carrying a pound of hashish in order to follow a brown man because the latter is now the stereotype for a terrorist. Men in uniform are also human after all and racial profiling at airports and other entry points to countries is a truth of our modern age, to which even a Bollywood film star like Shah Rukh Khan testifies.

Where once being black or Jewish was occasion for racial and religious discrimination in America, today it's being brown and/or Muslim.  There were 2,541 religious discrimination charges filed with the US Equal Employment Opportunity Commission in 2006, up nearly 9 per cent from 2005 and up more than 30 per cent since before the September 11, 2001 terrorist attacks. Most of them were filed by Muslims. And colour, because of its association with race and religion, has become an equal cause for discrimination. An Indian Hindu high-schooler in Washington DC told me: "Not a day in school passes without some joke or mean remark being directed at me. I am frequently asked if I am a Muslim. I don't respond with the usual ‘I'm a Hindu', because I am an atheist. This makes them even more suspicious."

When former secretary of defence Colin Powell recently endorsed Barack Obama for the US presidency, he raised an important question. Referring to incidents of senior politicians in both parties questioning Obama's credentials on the basis of religion, he said: "I'm also troubled by, not what Senator McCain says, but what members of the party say. And it is permitted to be said such things as, ‘Well, you know that Mr Obama is a Muslim.' Well, the correct answer is, he is not a Muslim; he's a Christian.  He's always been a Christian. But the really right answer is, ‘What if he is?'  Is there something wrong with being a Muslim in this country? The answer's no, that's not America.  Is there something wrong with some seven-year-old Muslim-American kid believing that he or she could be president?  Yet, I have heard senior members of my own party drop the suggestion, ‘He's a Muslim and he might be associated with terrorists.' This is not the way we should be doing it in America."

Senator McCain too had the opportunity to correct some voters' misperceptions about Obama's religion and speak to the cause of inclusiveness. But he did not. To a woman voter at one of his rallies who said she couldn't "trust Obama...I have read about him and he's not, he's not, uh - he's an Arab, McCain responded with: "No, ma'am. He's a decent family man and citizen that I just happen to have disagreements with on fundamental issues and that's what this campaign's all about. He's not an Arab." While McCain may have been trying to do the decent thing by Obama, his answer still suggested that being Arab or Muslim in America was somehow incompatible with being a ‘decent family man' and ‘citizen.'

Sadly, American reality may have transcended race and colour to some extent with the recent election of Obama, but it has yet to overcome the religious extremism of its Christian Right. While India has many elected officials from a multitude of religions, Americans are still struggling with electing a lone Muslim judge in the state of Maryland and a congressional representative in Minnesota. Popular Louisiana governor Bobby Jindal, an Indian-American, converted from Hinduism to Christianity much before he ran for election in his state. While he has never said that his conversion was prompted by political considerations, many American Indians wonder if as a Hindu living in America's deep South he would have ever held the office that he today does.

However, this is not to say that American secularism has been less successful than the Indian model. At the state level, Americans have been more successful in enforcing the law of the land in cases of discrimination, protecting minority citizens and delivering justice to victims. They have no doubt, unlike India, been helped by a greater literacy rate and the continued existence of a strong economy because lack of education and poverty are known to be breeding grounds for all manners of strife, including racial and religious. Additionally, American secularism cannot be said to have been truly tested as yet because the country is not as diverse, in terms of religion, as India is.

In this respect, the election of Barack Obama as president lends hope to the cause of unity - be it religious or racial - in a country that is truly a melting pot of the world. As one Thai teenager, sitting at a Starbucks in Bangkok, was quoted as saying: "Obama is American but his roots are African. He has lived in Asia and his middle name is Arab. He is truly the first global president."

(This article was first published in Hardnews magazine on November 24, 2008.)