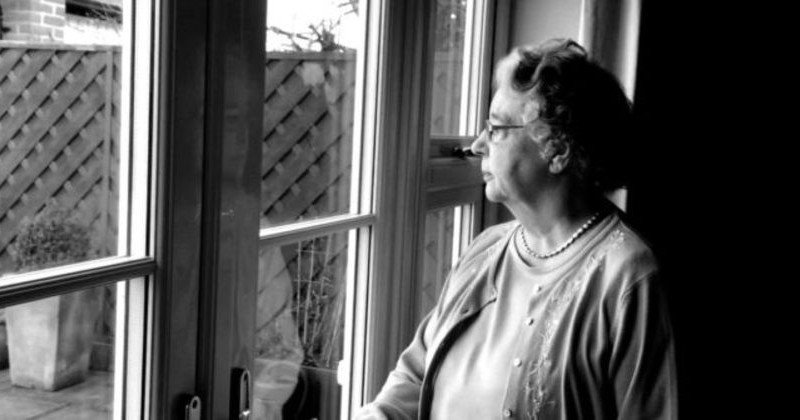 In an era of hyper-connectedness, India’s ageing population is struggling with loneliness and becoming increasingly disconnected from its environment. But, there are ways of coping and help is available.

The feeling of loneliness or being detached from one’s surroundings is not just a human emotion but a complex response to the lack of companionship. In an affluent country like Japan today, elderly women are resorting to shoplifting small articles like inexpensive clothing, rice and fruits so that they may go to jail. Why? In order to get away from the eerie silence that envelops them at home now that their children have left and resettled elsewhere; they find comfort in the prison environment where they are taken care of and have others to talk to.

In South Korea, impoverished senior citizens visit cheaply-priced colatecs (daytime discotheques) to meet and dance with other seniors to escape feelings of depression — South Korea has a sharply rising rate of suicide among the elderly.

In India, a country of over a billion people, one in every two elderly individuals suffers from loneliness, says a study by the Agewell Foundation. India’s ageing population is struggling with loneliness. In addition, according to the study, every fifth senior citizen in the country is in need of some kind of psychological counselling.

This non-profit NGO, based in Delhi, surveyed a sample size of 15,000 elderly individuals. The researchers found that 47.49 percent of them suffered from loneliness. The numbers from urban areas were worse: 3,205 of the aged out of 5,000 felt lonely.

Why this sudden loneliness epidemic?

Living alone was most often cited as the reason for loneliness. According to the Census 2011 data, almost 15 million elderly Indians live all alone and close to three-fourths of them are women. One in every seven elderly persons in India lives in a household where there is nobody below the age of 60. Other reasons cited for loneliness according to the Agewell study were ‘less interaction with family members’, ‘poor health’, and ‘isolation and non-availability of social interaction’.

Dr. Soumya Hegde, a geriatric psychiatrist with a practice in Bangalore, says loneliness need not stem from being alone or living alone. People may be living alone but be perfectly content if they have a structure to their day and activities that keep them busy. “On the other hand you may be in a family or in the midst of people and still feel alone. The loneliness may stem from feeling that no one loves you and you have no one to love either.” 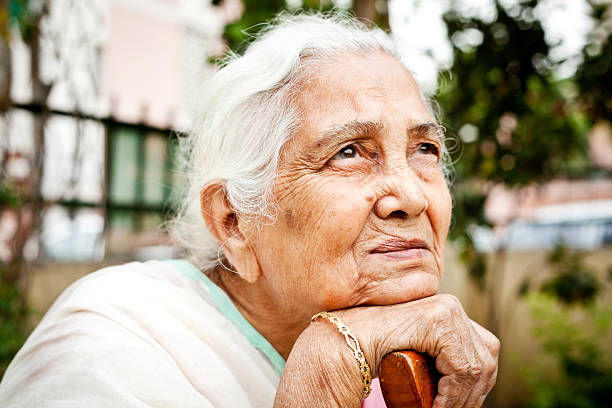 According to Piyush Vayeda, founder of en elderly care service called The Family Member in Ahmedabad, “In small towns it is easier to socialize – the elderly sit in their gardens and balconies in the morning and evening and many people come and go. But in the cities, no one visits then because people are busy.”

With the disintegration of the joint family system and the rise in number of nuclear families, senior citizens in India often find themselves feeling alone, neglected and depressed even when they are living with their children and grandchildren. The stress and pressures of the modern world keep the family members busy with their own work and studies, with little time and sometimes inclination to spend time with the older members of their households.
For those whose children have left and resettled abroad or far from home, the situation is worse. Deprived of any other human presence at home, they try to fill their time with a few chores and solitary walks until such time that they are able to. With increasing age often comes decreased mobility and ill-health, confining them indoors with only the television for company.

Says Vayeda, “A person begins to develop negative energy when there is no one to talk to. In one’s 50s and even 70s one can still move around – go to the bank, go shopping and run errands. But as one ages this becomes difficult.”

How to deal with loneliness

While agreeing that loneliness can be a problem for infirm and really aged seniors, 80-year-old Squadron Leader (Retd.) Prem Kumar Khullar of Faridabad has a different take altogether; he thinks senior citizens are themselves responsible for their feelings of loneliness.

“What is loneliness? It is not using time for useful activity. Is this my time to sit with grandchildren and not do work that is of great importance to others?” asks this octogenarian who runs an NGO called ABLE Foundation that educates over 100,000 slum children in government and private schools and also helps perform cataract surgeries for the elderly. “My children are busy. Should they not go to work? My grandchildren are busy. Should they not go to school? Besides, how can the wavelengths of those who are 60-70 years apart in age match? They are born with phones in their hands and I am still figuring out how to use them,” he laughs. 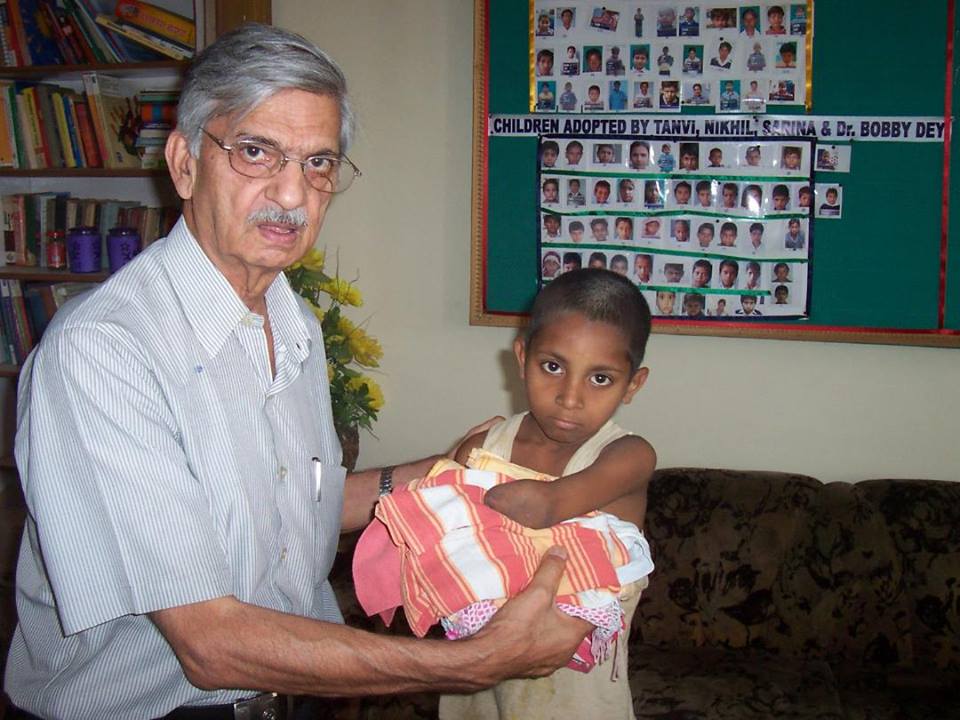 “I see people my age sit in the park and gossip and criticize Modi. They have retired, earn good pensions, live in big homes, are highly educated and accomplished. Why don’t they do something with all the money they have? Loneliness only creeps up on you when you are self-centered – living for yourself and your own (your own children). The younger generation does not have time for you. Why not do something for others?”

Khullar has two children and four grandchildren settled in Canada. He hasn’t gone to see them in seven years because he says he is too busy in India and does not have the patience to go sit at home in Canada, waiting for them to make time for him.

Khullar has been diabetic for 40 years but attributes his good health despite that to being extremely active at this age. “When your thought process is correct there is no question of loneliness. Did you know India is one of the unhappiest countries in the world? That’s because people don’t look beyond themselves. I go abroad and find that old people there are always involved in something – be it the Cancer Society or Gardening Society. They believe in charity and continue to contribute to society in whatever they can at that age too. In India people that age often believe only in religion – the ashrams are packed,” he is acerbic.

Services that can help

Khullar’s thinking, although commendable, may not find resonance with many Indian elders who are unable to, for different reasons, be as active and involved in charitable activities as him. Vayeda’s eldercare service, The Family Member, tries to cater to this segment.

Aside from its paid services like providing nursing attendants, physiotherapists and lab and pharmacy services, The Family Member provides companionship services to about six families currently for fairly nominal charges. Vayeda sees this as an employment opportunity to train students as non-medical caregivers.

The students go to visit seniors – talk to them, accompany them to temples, go with them to the doctor or the dentist, write down the stories of their life experiences, and “simply be like their children to them.” They charge about Rs. 150/- for one-and-a-half hours per visit. “One needs a lot of empathy, patience and knowledge for this job and we train the students on how to communicate with the elderly and how to deal with emergencies,” says Vayeda. 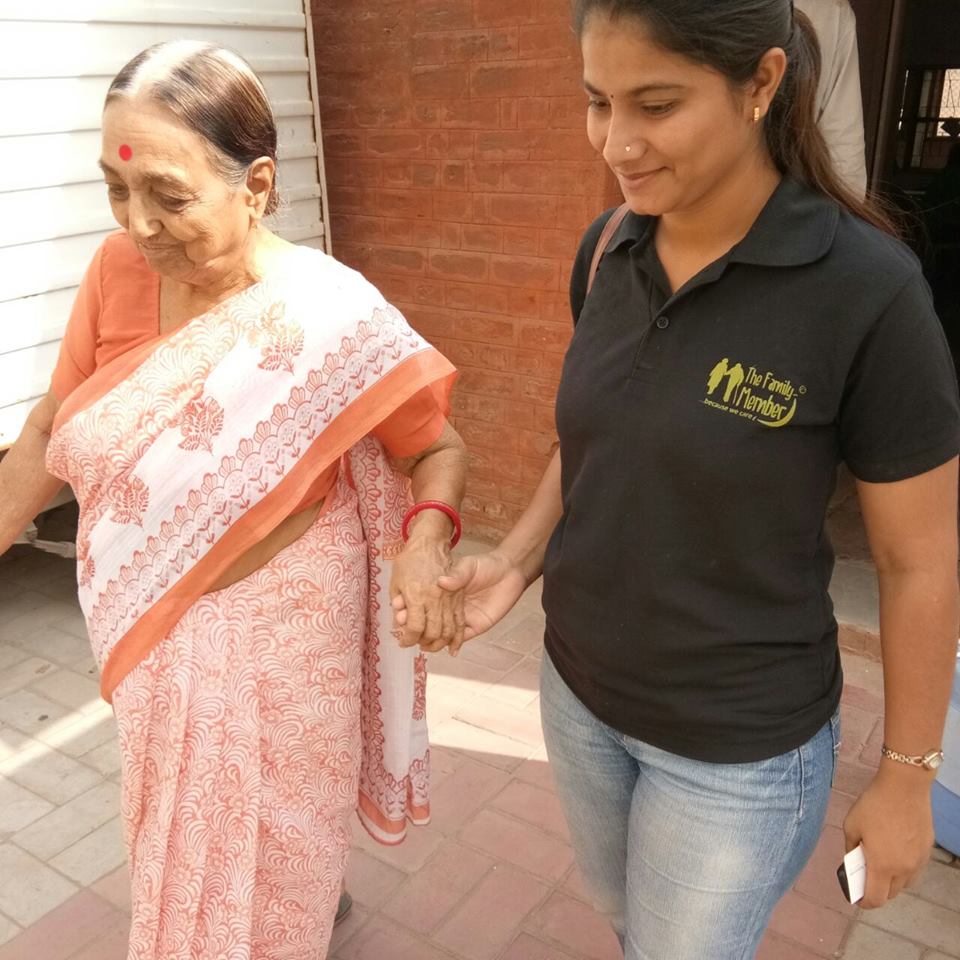 “We think of loneliness affecting only people who live by themselves but 40 percent of our members live with their families – they become irritable because their children and grandchildren have no time to sit with them or take them somewhere. So their children get in touch with us and ask that our students go spend an hour or two with their parents or grandparents,” he adds. It is interesting to note that most elders do not approach the service provider themselves – it is almost as if they feel it is admitting to a weakness to say they are lonely, or it is stigmatizing to say so. In addition, says Vayeda, the children will not allow his organization to use them as referrals – they think it will reflect badly on them to say that they are hiring help to provide companionship for their parents.

Maya Care, a charitable foundation headquartered in Mumbai with offices in Pune and Bangalore, also offers these services but does so free of cost. The services include accompanying senior citizens to the doctor/social and cultural events/ railway station or airport, sitting with them in the hospital or outside the ICU, doing computer-related work, bank transactions, applying for phone/gas connections and house registration, making affidavits, organizing social gatherings, shopping for medicines/medicines/gifts, etc.

Says Pratyusha of Maya Care: “Elderly people welcome any guests from the outside world. They love to talk about their youth and their grandchildren and their families are tired of hearing about this. They get an opportunity to share the same stories with some other people. We have about 20 elderly who we send our volunteers to only for companionship – they play board games, read and go for walks with them.”

When to seek medical help

Dr. Hegde says: “Many times elderly people do not even realize what lack of company is doing to them. Their children begin to see changes – like they have stopped going for walks, or don’t talk much on the phone, go silent in the middle of conversations, have stopped cooking and do not step out to buy groceries, turn off the television, etc. The next thing you know they are unable to sleep or are up at 3 in the morning. Then we need to assess them to find out if they are suffering from clinical depression. By itself loneliness is not a cause of depression. But it can make an existing condition worse. It is a state of mind that could become a cause for depression.” 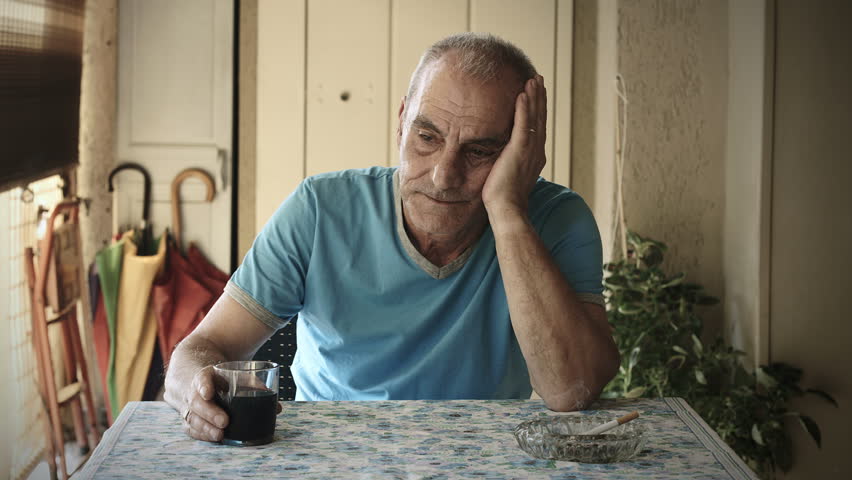 This lack of interaction with others can sometimes impair cognitive function over a period of time. There are chances of memory loss or confusion because they are not using their mind or using that part of the brain that is stimulated by social interaction.

Dr. Hegde suggests many ways seniors can cope with loneliness: find resources within the community like senior centers where one can socialise, learn to use a smartphone (ask others for help, people will generally not refuse), get a good internet connection and browse the net, make the effort to go and sit out and watch children play in the park, go for a drive even if there is no reason to but because one can see other people going about their daily lives, etc. All these things stimulate the mind. In addition, she says, “people need to look ahead and plan for the future while still young – they should build social networks that will stay with them after a spouse is gone and they suddenly find themselves alone.”