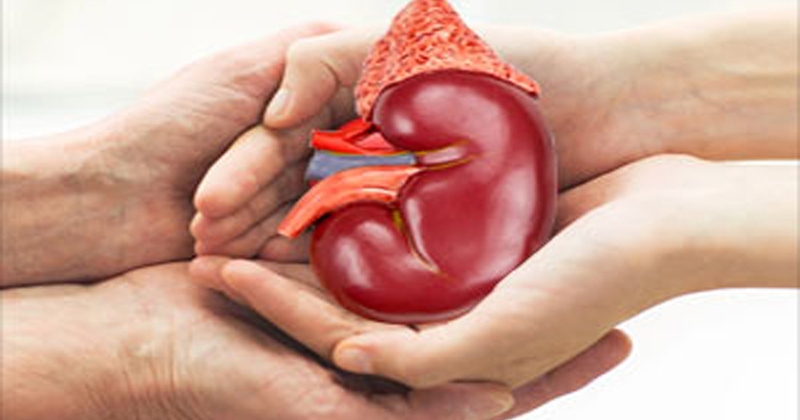 Bangalore may be selling software, but in Chennai they are outsourcing kidneys to the West

Mallika looks into the distance in silence. Her 12-year-old son, suffering from jaundice for the past few months, has been diagnosed with a failing kidney. But this mother, who would have donated one of her own healthy kidneys to the child in a heartbeat, is all too aware of the long scar visible on her sari-clad midriff. A few months ago, she sold one of her kidneys for US$700 to the son of a wealthy westerner.

Mallika is being interviewed by a National Geographic Channel reporter for a programme that aired recently in the US - Inside the Organ Trade. The reporter, Lisa Ling, has just visited a community of poor women outside Chennai, pushed deeper into poverty by the vicissitudes inflicted on them by the tsunami of 2005. As the women surround her, all clamouring at once to tell their stories, there is hardly any among them who does not display a scar left behind by a sold kidney. What is worse, these women are still poor - their missing kidneys did not help them buy their way out of poverty, even though they were promised sums as 'large' as US$3000 each.

The wealthy westerners who bought the kidneys and other organs did not throw small change at these poor people. They paid anywhere between US$45,000 and US$125,000 for the organs; many mortgaged their homes and sold off all their assets to make the trips for the transplants and pay the fee they were quoted for the operations.

So where did the rest of the money go? It was divided among the people involved in the vast network - middlemen and brokers, corrupt hospital officials, doctors, and organised crime - which thrives on the global business of 'transplant tourism'.

In the Geographic documentary, some of the reasons why westerners travel to poor countries, or wherever organs can be bought, are made amply clear. Contrary to popular belief, it is not because it is cheaper to pay for organ transplants in developing countries or because patients are too impatient to wait a few years in their own countries for donors, but because for many westerners there is no other choice or hope. In the US, for example, due to the shortage of organ donors, the principle that guides all transplants is simply this: if a doctor does not believe a patient has a 50 per cent chance of surviving at least five years after the transplant, that patient is taken off the list of potential organ recipients. In other words, the patient is left with no hope whatsoever - except death. He cannot even hope to buy his way out of the system, even if he has the means to do so.

Is it surprising then that capitalist societies, so used to looking at money as the answer to everything in life, then go shopping across their borders for the ultimate consumer item - a human organ?

But it is certainly unexpected (or perhaps should not be, given the realities of today's world) that the ultimate state to have profited from this demand for body spare parts is the communist 'enterprise' of China. Foreign transplant patients became a cash cow for China's hospitals, desperate for funds after a collapse of state funding for medical care.

Even as two million Chinese wait on a long list for organ donors, westerners are told that it would take them only a couple of weeks to be outfitted with a brand new liver or kidney in a state-run hospital in Shanghai or Beijing. In 2006, 52-year old Eric Deliane of San Francisco, who had been diagnosed with liver cancer and given just nine months to live by his doctor in the US, found himself with little other choice than to get himself a transplant in Shanghai. His wife and he mortgaged their house and paid US$ 110,000 to make the trip. They were met by a coordinator from the Chinese hospital who arranged for their hotel stay, had them come into the hospital after a couple of weeks of touring the city, and Eric left China three weeks later with a new lease on his life.

Where did his new liver come from? Although it is possible it was donated, a Chinese physician, using the alias Wong, who lives in exile in Paris and is haunted by nightmares of what he witnessed in his country, tells Ling that it probably came from an executed prisoner. According to him, the Chinese rarely donate organs because of their belief that a body must be buried or cremated physically intact in order for the soul to find repose in heaven. China, according to some human rights organisations, executes 10,000 prisoners every year, more than all other countries of the world combined, usually for crimes like theft and drug smuggling but also for white collar crimes like fraud and embezzlement. Dr. Wong says he participated in the process of harvesting organs from prisoners who were shot in front of him at an execution site in China and then rushed to waiting ambulances where the doctors simply turned them over and extracted their organs. Last year, Chinese officials accepted that "some" of the organs used for transplants did indeed come from prisoners. China also finally banned transplants for foreigners in 2007.

In India too, the sale of human organs is illegal. Still, there is a thriving black market full of conmen who swindle not only people like Mallika but also the foreigners they purportedly serve. There are enough rumours and stories about patients going through operations, with scars as testimonials, who have later discovered through ultrasounds that there are no signs of transplanted kidneys or other organs on their insides. Others have arrived back home with poor kidney or renal function even though they were told that the transplanted organs were bought from healthy young people.

The organ trade is also popular in neighbouring Pakistan, as well as the Philippines. But the cheapest kidneys, it is said, can be bought in Iraq (US$1000), Turkey (US$3000) and Brazil (US$6000). Livers go for $100,000 in the Philippines and hearts for $290,000 in South Africa. The black market for organs is also flourishing and alive in the Ukraine, Bosnia Herzegovina and Moldova.

Recent estimates communicated to the World Health Organisation (WHO) by 98 countries show that the most sought after organ is the kidney. Sixty-six thousand kidneys were transplanted in 2005, representing a mere 10 per cent of the estimated need. In the same year, 21,000 livers and 6,000 hearts were transplanted. Reports on 'transplant tourism' show that it makes up an estimated 10 per cent of global transplant practices. The phenomenon has been increasing since the mid-1990s, coinciding with greater acceptance of the therapeutic benefits of transplantation and with progress in the efficacy of the medicines - immuno-suppressants - used to prevent the body's rejection of a transplanted organ.

According to the WHO, the commercial exploitation of organs denies equitable access and can be harmful to both donors and recipients; that organ donation from live donors poses numerous health risks which can be avoided by promoting donation from deceased donors; and that quality, safety, efficacy and transparency are essential if society is to reap the benefits transplantation can offer as a therapy.

"Live donations are not without risk, whether the organ is paid for or not. The donor must receive proper medical follow-up but this is often lacking when he or she is seen as a means to making a profit," says Dr Luc Noel, in charge of transplantations at WHO. "Donations from deceased persons eliminate the problem of donor safety and can help reduce organ trafficking."

However, it seems unlikely that as long as there is a buck or two to be made out of any business - even one involving illegally cutting up cadavers - the 'entrepreneurs' of our world will find a way to tap into it, putting all organ recipients at risk.

The National Geographic documentary's final scenes are a revelation on this subject. In the US in 2004, a seemingly legitimate and respected business called Biomedical Tissue Services (BTS) that sold bones and ligaments for grafts to hospitals, was charged with illegally ripping bones out of hundreds of corpses in collusion with six funeral homes in New York. The 'body thieves' would replace the bones of the bodies going out in coffins with PVC pipes. The implications of this scenario, aside from the ethical ones, are nightmarish for those people who received these bones in their bodies - to repair herniated discs, fuse vertebrae, and in other surgeries. Even bones of 95-year-old cancer patients were passed off as coming from healthy consenting adults. The recipients are destined to survive the rest of their lives going through frequent health check ups for AIDS, hepatitis, syphilis, not knowing the nature of the potential deadly diseases they may be harbouring within themselves.

In the age of medical miracles this, perhaps, is the reality we all have to live with for having turned the human body into an item for consumption - no matter what the price tag, this product does not come risk-free or with a guarantee.

But, if we are willing to accept the body as product, there is no reason not to accept another, more positive reality - of those courageous beings who willingly sign up to become organ donors, unfazed by the fact that the last rituals of their lives will take place not in a cremation ground in the presence of a priest but on a hospital table under the scalpel of a doctor. We know that whether their souls end up in heaven or not, their bodies will certainly bring grace - and life - to another human being.

(This article first appeared in Hardnews magazine in March, 2008.)