Life Is a Joggling Act for This Engineer

Life Is a ‘Joggling’ Act for This Engineer 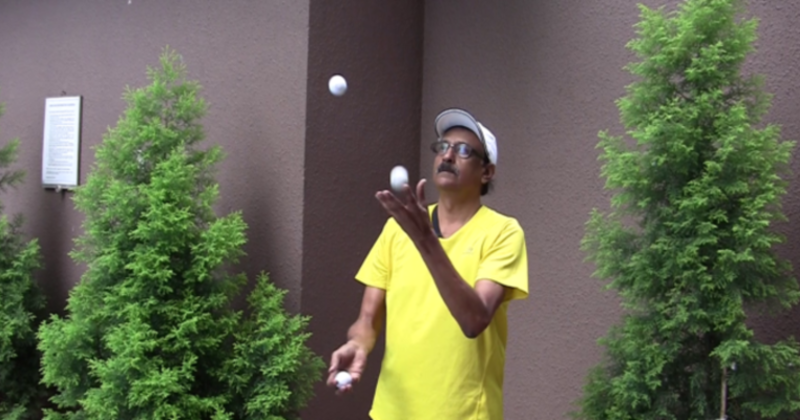 Joggling, a combination of jogging and juggling, can be the smart route to mental health as one ages, says this consultant, teacher, coach and sportsman.

Krishnakumar Raman, 65, is a disciplined man. He wakes up at 4 am, practises water therapy, has a cup of coffee (his only one for the day) and heads to the basketball court in Madhavan Park, Bangalore, where he shoots exactly 66 baskets. After some yoga, he proceeds to jog for about a kilometre. What’s different though is that he juggles a bunch of balls in the air while doing so – an exercise he terms joggling!

Raman, an IIT-Madras alumnus, is the director of Osmosis Consultancy Services, a firm that specializes in nanotechnology. But after having spent a lifetime in the corporate world, his real passion these days is teaching juggling and joggling to both children and adults in schools, colleges and companies.

Always a sportsperson through his growing years, Raman did not stop playing basketball till he was 60. When he found age catching up with him, he decided to look for a less strenuous exercise to keep himself fit. He had learnt juggling from a friend in 1992 and decided to revive that skill.

The more Krishnakumar practised juggling, the deeper he began to research this activity, which he became convinced could be key to keeping the brain fit and healthy as one aged. He also learnt that it helped children increase focus and concentration in their studies. Krishnakumar says juggling ranks high up there with activities like Sudoku, crosswords, bridge, and chess in giving the brain a good workout. In fact it is similar to giving your brain a challenge like learning a musical instrument, dance or a new language as you get older. 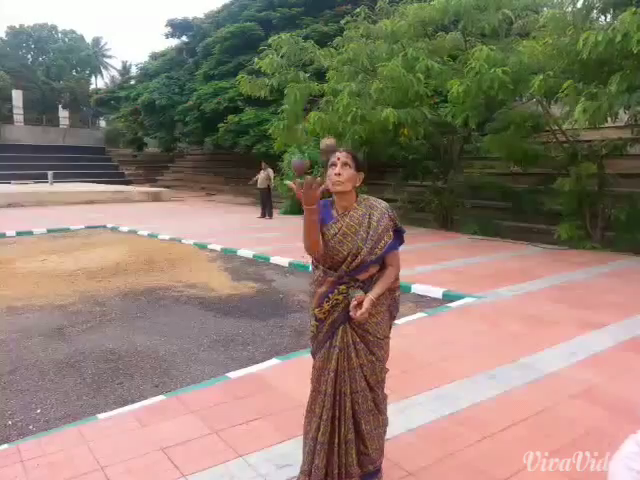 Krishnakumar’s wife Bhavani is very supportive of his passion. “She is always with me wherever I go for teaching juggling/joggling. We have done adequate research together and we are convinced that this novel tool to keep one’s brain fit needs to be made more popular,” says Krishnakumar.

While juggling may look to be a very complicated skill, according to Krishnakumar three-ball juggling is not difficult to pick up and its benefits are tremendous. Adults can learn juggling at any age. Children pick up the skill very fast of course and he even had a kid show him how he could ride a wave-board and juggle simultaneously.

But would he advise seniors to take up this activity? Krishnakumar’s response is a resounding “Yes, I would advise them to take up juggling for sure! And those who can joggle can make it their wholesome exercise for their day….it gives a workout for both brain and body. However, if they cannot jog, they could just juggle five minutes a day and find their own other way to keep the rest of their body systems exercised. Best if one starts early, say around 50-55 years and carries on for the rest of one’s life. Enjoy the senior age with minimized senior-moments!”

Krishnakumar practises and teaches Bridge as well as juggling/joggling and is available to teach both to anyone interested. He can be contacted at rkkumar2004@gmail.com

(This article was first published in Silver Talkies on July 13, 2018.)