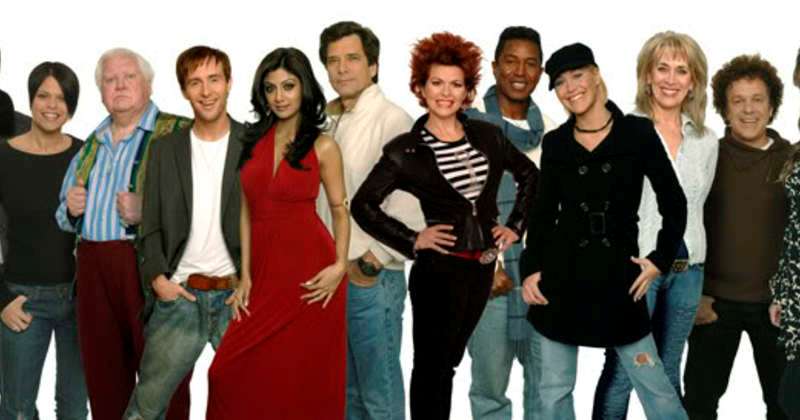 Nishi Malhotra London Even as the careers of celebrities have crumbled, the fate of a successful show and channel jeopardised, and politicians have got involved because tabloid stories have spilled over onto the desks of foreign ministries, one thing is clear: the murky underbelly of British society stands exposed today because of what happened on (to quote British Labour MP Lord Meghnad Desai from a recent television discussion) “a third rate show watched by third rate people”.

Many in India view the brouhaha surrounding racist and bullying remarks directed at actress Shilpa Shetty on the Channel 4 Big Brother show in the UK as nothing more than a storm in a teacup. And it is true that in the Indian context, the phrase feeding frenzy was perhaps never more apt. The television media here did what TV does best when handed videos of high-voltage drama – played them over and over and over again till Shilpa-tormentor Jade Goody’s name was strung up on the same wall of villains as alleged Nithari killer Moninder Singh Pandher. In fact, it is unlikely that Indian television is done milking these videos yet; a fresh round will be replayed once Shilpa is out of Big Brother’s house and yet again when she returns to India. But to be fair to the Indian print media, it reacted far more cautiously to the controversy, and even redirected the fingers of those of our politicians who pointed at the British, inwards at themselves.

However, it is imperative for us to understand that racial discrimination is a very serious issue, especially in the context of globalisation, and that if it is being highlighted, even ‘hyped’ in Britain, only good can come of it. Shilpa is just a symbol – the real storm has been brewing underground for a long time. When 40,000 people call in to complain about racism on a TV show, it is, rightly, a big deal in Britain.

Almost 10 per cent of the British population is minority ethnic and every four Britishers out of 50 are South Asian in origin. Almost all of them have faced racial discrimination in either minor (verbal) or major (assault) form sometime or the other in the course of their immigrant lives. Something about the attitude of a trio of white women towards Shilpa Shetty — call it culture clash or bullying or racism or plain bad behaviour — touched a chord with this community (my guess is 90 per cent of the phone-ins to Ofcom would have come from South Asians).

As I have trawled the blogs in cyberspace and read the comments posted by Asians living in UK, it is clear to me what that ‘something’ is.  Here’s a typical posting (there are literally hundreds like this on the net) that I came across on one site: “Watching Jade talk to Shilpa stirred up memories I though I had long forgotten. I used to cry on my way home from school after the bullying was done with… I could never dare to be as open about my culture as she (Shilpa) is. I admire her for that. All I did, day after day, was to try not to be Indian.” Shilpa could afford to stand up for herself and her culture (and everyone is glad she finally got around to doing so instead of continuing to play martyr).

She is, after all, a Bollywood actress, even if not a successful one, who will return to a secure existence in Mumbai; she doesn’t have to continue living with the dimwits haranguing her. This is different from the reality of the immigrant who posted the comment, someone who faced the daunting prospect of adapting to a new culture, making friends with new peers, shaking off years of a certain kind of upbringing to learn entirely new ways of behaving, eating, talking — if she wanted to ‘fit in’ (and the majority do). I can add from personal experience as an immigrant who has lived abroad for several years before returning to India, that although we think we are familiar with discrimination at home (just because our accents are mimicked as Malyalis and Bengalis or jokes made about our communities as Sikhs and Gujaratis), most of us actually aren’t.

We have usually faced this kind of mild prejudice in secure environments, not hostile ones, and managed to take it in our stride. The people who really know discrimination — dalits, for example — have been marginalised for long and their voices rarely heard, at least in our English print media and channels. There are others like starlet Rakhi Sawant and a minor trans-gender celebrity, Bobby Darling, who appeared on the Indian version of Big Brother — their housemates poked fun at their accents and way of dressing — the Indian public did not complain but laughed along. The first time most urban middle-class Indians face prejudice is when they go abroad where — regardless of caste, class, fluency in English, different shades of brown-ness, religion, status in society, traditional or modern clothing, accents — they are all tarred with the same brush, that is, race. And it is to the stereotypes of that particular ‘race’, sometimes cultural but more often just skin colour, that the people they interact with respond. Closer interaction with the people they choose as friends or the communities they live in brings better understanding. But sometimes, the process is exhausting.

And of course, the larger perceptions of the alien societies remain the same or move at a very slow pace. And so, to Shilpa’s uneducated tormentors, it did not matter whether she was a ‘big’ film star who was used to being called ‘madam’ or just a plain old goat-herder! To them, her ancestors had once been subjects of the British Empire and the most common image of her country in their minds was one of slums. This alone made them superior to her. How could she then walk around haughtily and flaunt her ‘princess’ like behaviour in their faces? It is not uncommon to find Africans, for instance, looked on the same way by illiterate, and sometimes even educated, Indians.

I was mortified on one occasion, when a worker in my home referred to a visiting Kenyan friend as a ‘habshi’. How could I explain to my visitor, who quizzed me on the use of the word, that he had just been called a cannibal? If I were an Indian immigrant living in the UK, I would be embarrassed that the Indian government was pointing fingers at my adopted country over a minor incident of racism towards a ‘celebrity’ who does not need diplomatic protection, instead of working on issues relating to discrimination back in India.

But again, as an Asian citizen in UK, I would be glad that “a third rate show” had managed to highlight an issue close to my heart, that the British media was debating it, and the British government was being forced to react to it. The real controversy is not, I would know, about Jade and Shilpa and a TV show’s ratings (all these are corollaries), but an issue that will perhaps engulf all of Britain someday, given that immigrants continue to make up half the population growth in the country.

This story appeared in Hardnews magazine on January 11, 2007.