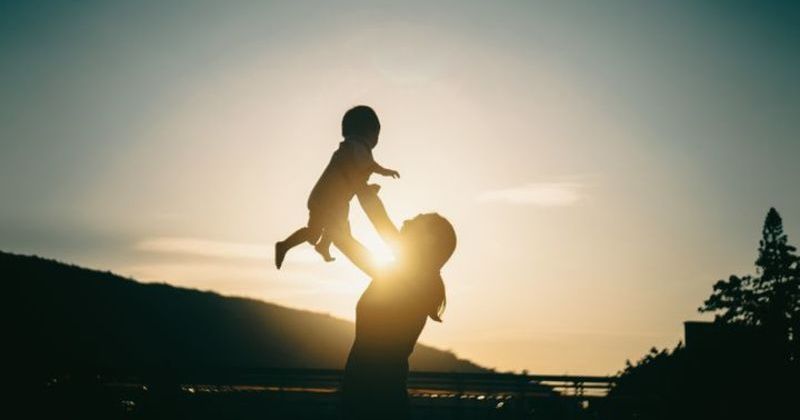 This is an ambitious book. It is divided into three parts. The first, titled The Terrain, is a sweeping introduction to the ‘ground realities’ of single motherhood. The second has 17 stories (all told in first person) of single mothers. And the third, Reflections and Insights, holds a microscope over the already-told stories to examine them in a sociological context—gender study, sexuality, rights and alliances, human security, etc.

One may wonder as to why no one ever asks men how they manage to strike a balance between home and career. Married ‘working’ women do it all the time. But the women in Deepti Priya Mehrotra’s book do it all alone. However, as she herself admits, for every successful single mother out there, there is at least one other who does not manage ‘to get it all together’ because of the sheer pressures of survival in a system that is not socially, legally and morally supportive of her dilemma.

Writes Mehrotra: "Home is often counterpoised against ‘the world’`85and associated with shelter, refuge, safety." But can we take this for granted; accept home as being unproblematic? Home is as much about survival and struggle, as the world outside. "If people stopped performing ‘house’-work, the world may well grind to a halt. Infants would hardly survive without care, nor would many older children. But the arrangements and structures within which such care takes place are far from ideal. Homes are often oppressive, violent places, perpetuating intrinsic hierarchies." And very often, it is from homes such as these that single mothers emerge...to create new spaces and new homes.

Single motherhood is a growing phenomenon in middle and upper-class India, and consequently more visible to the English-speaking urban eye. The phenomenon, driven primarily by the education of women and economic liberalisation, has led to a growth in the divorce rate. Middle-class women have become more assertive and independent and aware of their rights. There is also an increase in the number of single women who choose not to marry but may adopt a child to raise it alone. It is in this context of ‘choice’ — wanting to or consciously taking on the responsibility of being a single parent — that the writing and recording of a book like Mehrotra’s makes most sense.

In ambitiously trying to also integrate stories of ‘circumstance’ (widowhood, abandonment, etc.) Mehrotra begins to stretch her canvas. However, despite her going over the top to include all manner and sections of society (working class women from slums and rural areas; women who are unmarried, divorced, and widowed; women who are Sikh, Christian, Hindu, or Muslim; Indian women who live abroad and NRIs who have returned to India), the framework still holds. It does so because the stories are told simply, in first person, and are engaging. For instance, listen to Sabina’s voice: "When I walked out of my marriage, my son wasn’t the dominant consideration. But later he ended up being the major consideration for all my moves. From being just a little child, Dilip has become imperative to all my choices. Living the way I do has 80 per cent to do with him."

But it is in the last section of the book, Reflections and Insights, that a reader may be tempted to throw in the towel. Mehrotra’s scholarly voice, attempting to touch on every aspect of the stories from survival to sexuality makes for ponderous reading. For instance, in attempting to communicate that single moms need not feel restricted about their sexuality once outside the framework of family and marriage, Mehrotra writes: "The right to an ethics in sexuality, demanding accountability, equity and dignity in the most intimate of human relationships requires ‘a multiplication of spaces where sensuality can be made manifest, active and dialogic.’ By opening up alternative spaces, sexuality is rescued from the exclusivity of family and marriage."

Mehrotra has attempted this book in the nature of research because, as she herself says, the lives of single mothers have "so far been hidden from sociology, psychology, and political science." However, her academic voice does not exactly make for layman reading. Mehrotra is not alone. Many academicians, when writing a book, lose track of where a book meant for the common reader ends and a PhD thesis begins. That is what editors are there for. Mehrotra’s attempt is praiseworthy and Penguin’s is not.