The Border Between Our Minds and Hearts

A Holiday With the Lady of the Lake at Renuka 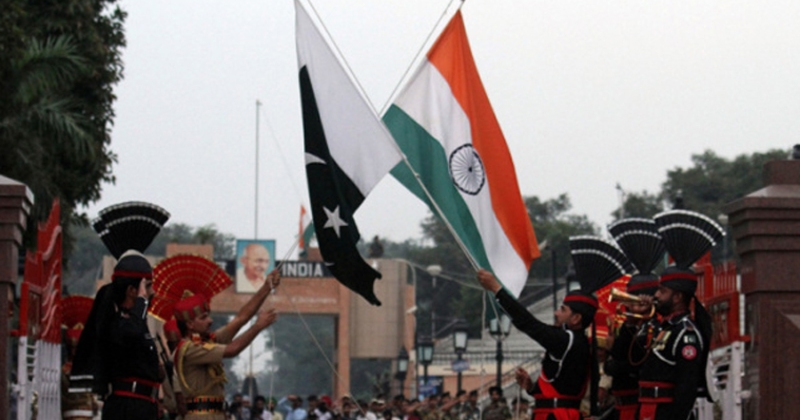 Early last month, before the current crisis in world events occurred. I happened to ride in a taxi owned by one Sikander Cheema of Washington DC. Sikander Cheema is a Pakistani from Sialkot and he related to me, in Punjabi, during the course of those few minutes spent traversing the streets of the American capital, the amazing story of his friendship with a man from Chandigarh.

Sikander was eight or nine years old and studying in Std IV when the Partition of India and Pakistan took place. His best buddy in class, Amrik Singh Cheema, moved with his family to Hoshiarpur in India while Sikander stayed behind in Sialkot. The two lost touch but the Pakistani did not forget his friend. Ten years ago, Sikander came to America and began driving a cab in order to support his large family back home in Pakistan. Punjabis and Sikhs from India mingle fairly freely with Pakistanis in the US, often patronising the same tandoori restaurants and dhabas and working for the same cab companies. It was not long before Sikander ran into an Indian from Hoshiarpur.

He asked the man to make enquiries about his friend Amrik Singh during his next visit home. The man, on his return, confirmed that Amrik was indeed still in India but had moved from Hoshiarpur to Chandigarh. Moreover, he would shortly be visiting the US to get his daughter married to a green-card holder. Sikander could barely contain his excitement and within days of Amrik landing in the US, he drove up to New Jersey to visit him.

The two men hugged for a long time. They were meeting more than 50 years after fate and politics had sundered their friendship. But childhood bonds are strong, as are one’s earliest and happiest memories. Amrik told Sikander that he longed to visit Sialkot, the land of his birth, but the Pakistani authorities would not give him a visa to make his wish possible. Sikander drove his friend down to the Pakistan Embassy in Washington DC and, on behalf of his friend from India, argued with his own country’s officials. “Cheema te Cheema hi honde nein,” he told them, “assi Pakistan reh gaye te Musalman ho gaye, ae India chale gaye te Sikh ho gaye. Sade wich koi pharak nai hega.” (“We’re both Cheemas. I stayed back in Pakistan so I’m a Muslim, he went to India so he is a Sikh. There is no difference between us.”) The Pakistan Embassy gave Amrik Singh a visa to visit Pakistan.

“Ma’am, I have just returned from seeing my family in Pakistan. But I believe Amrik is planning to visit Sialkot in October. I want to be there to receive him at the Wagah border when he crosses over. I know I will have to spend money again to go to Pakistan to do that but what is money, hain madam? Aine paise asi phir kama laange.” Sikander gave me Amrik Singh’s phone number in Chandigarh. He asked that I call his friend on my return in mid-September and have Amrik confirm the dates of his visit to Pakistan.

“Let him know that Sikander will be waiting, marigold garland in hand, on the Pakistani side of Wagah, when his friend comes back to his birthplace,” Sikander Cheema told me as we parted company on a busy side street in Georgetown. Cars honked behind us but he patiently looked for the Chandigarh phone numbers and invited me to visit his home in Sialkot as well.

Three days after this meeting, the World Trade towers blew up in the US, and history changed course once again. Caught up in this aftermath and trying to find a flight to get myself back home to India. I did not even call Sikander Cheema again to find out how he and his taxi were faring in the wake of hostile attacks on Pakistanis and Arabs in the US. On returning to Chandigarh, I did call Amrik Singh but he was not at home. His daughter informed me that Amrik had cancelled his proposed visit to Sialkot because of the uncertain and unfriendly world situation of the moment.

Last week, I stood on the India since of the Line of Control near our border up north with Pakistan, I was visiting, along with some other journalists, the Sadbhavana projects of the Indian Army that are aimed at developing infrastructure and facilities for the residents of our border areas in Kashmir. The Colonel accompanying us pointed out the bunkers of the Pakistani soldiers directly atop the mountains across from us, as well as the Indian positions on our side. The road on which we stood ended a few yards ahead but the river next to us flowed on into Pakistani territory. The same valley, the same windswept ridge of mountains, the same lonely patch of grass on both sides…but there were minefields in between.

(This article was first published in my weekly column The Way We Are, in Chandigarh Times, Times of India, on October 2, 2001.)