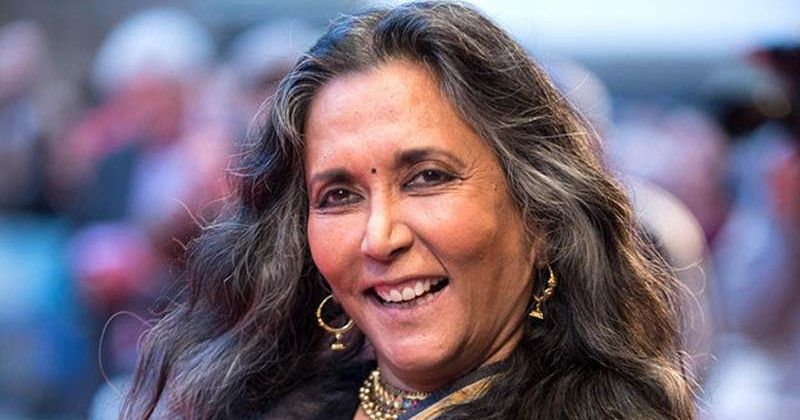 I think I met Deepa Mehta in April last year. It was a crisp, wintery morning in Washington DC and my husband had just announced that he wanted a divorce. I rode in a taxi in stunned silence to the hotel where I was to interview Deepa, the maker of 'Fire'. As I waited in a heavily draped sitting room full of Victorian furniture, my mind refused to focus on Deepa, her film, and the controversies it was generating. The filmmaker walked in outfitted in a bright salwar kameez, arms jangling bangles, eyes stormy with kajal and I looked up — blankly.

We talked, somehow, for almost two hours. And Deepa told me her story. The daughter of a film distributor from Punjab, Deepa grew up with films but had no formal training in making them. She got married early to a Canadian national, migrated to Canada, ‘wandered’ into making documentaries, had a daughter, got divorced, made her first feature Sam and Me, got a break in Hollywood when Spielberg (yes, Steven) asked her to direct Camilla, starring Jessica Tandy, and then made her way to Lajpat Nagar in Delhi where she made 'Fire'.

I hadn’t seen 'Fire' then. It was to be screened later in the evening at the DC Film Festival and I planned to attend. For now, my brain seemed to be automatically piloting me towards asking her questions about her marriage, her divorce, and the task of raising a daughter alone in a foreign land. I dared not spill my recently injured guts in front of a total stranger, but I let the conversation propel itself in the general direction of our lives as immigrant women and the responsibilities and choices we faced.

Deepa answered my discreet (or so I thought) questions with her characteristic frankness. Her daughter shared both her parents’ homes and participated fully in both their lives. Deepa, as much in love with all aspects of hot, dirty, sweaty, poor, sensational India as I was, had arrived at a conscious decision after her divorce to stay on in Canada, at least until her daughter finished high school and went away to college. This way her daughter would benefit from closeness to both parents. Summer holidays were spent at nani’s home in Delhi, and both Deepa and I waxed eloquent about missing the torrential monsoon and how the sanitised West was so sadly lacking in the ‘smells’ of India.

As we moved on to talk about her film, my first question, about how Indian men reacted to the ‘lesbian’ theme of her film, caught her by surprise. She looked bewildered for a moment, and then threw back her head and laughed — with deep, hearty, genuine amusement.

“The young ones or the middle-aged ones?” she asked both.

“Well, when you come to the post film discussion today,” she giggled, “watch. The young ones come up, barely look me in the eye, and mumble ‘Good film, madam. Very bold.’ The middle-aged ones get angry. ‘How can you show something like this? This is not in our culture.’”

That evening I was witness to a middle-aged Indian in the audience raving and ranting at Mehta for “committing the crime” of “projecting India in such a terrible light”, even as Western lesbians applauded the “boldness” of the theme. Deepa had answers for both — answers that satisfied neither. She was not going to let herself be cowed by a ‘cultural’ bully, nor was she about to take credit for furthering a cause she did not espouse. “My film is about love,” she said firmly. And “my film is one story, out of many, and one viewpoint, out of many, about a particular situation that could happen.” (Or words to that effect).

“But,” the middle-aged cultural czar cried, “such things do not happen in India.” “How do you know?” Deepa countered.

At the screening of 'Fire' in DC, I walked into the Tenley theatre wearing a sari and immediately felt like a Martian. Almost all the Indians were dressed in their best Western clothes in fashionably pale hues. Suddenly, a voice behind me declared, “Thank God you’re wearing a sari. I thought I was the only chammak challo here.” It was Deepa, resplendent in a bright orange South Silk, complete with bindi, bangles, and the ubiquitous kajal. We sneaked out for a sutta (cigarette) even as the theatre filled.

Shabana Azmi sent a message for the audience. It read, “I don’t know if I can say that this is my best film to date but it certainly is one in which I have made the least mistakes.” As the theatre darkened, it was obvious even to me — a sceptic about Ms. Azmi’s acting prowess — that under Deepa’s direction. Shabana Azmi had, for once, not allowed her overwhelming personality to overpower the character.

Another thing that struck me during the screening and after - Deepa Mehta has a sense of humour that is blended with empathy, rare in Indian filmmakers. At the time, DC was still recovering from the preponderantly self-conscious and ‘heavy’ filmmaking style of the two other Indian films in town — Kamasutra and The Bandit Queen. Both films appeared to me to be (maybe because their subjects demanded it) unnecessarily long and heavy-handed treatises on exotic subjects set in exotic locales. 'Fire' was immediate, human, everyday, and packed a punch because of its whispering undercurrent of human loneliness and the search for love — so identifiable to any viewer anywhere. And it was a film with a serious subject that refused to take itself seriously. I suspect it is because the director herself was so down-to-earth.

I didn’t get a chance to talk to Deepa alone after that. She was busy in the group discussion when I left, with a promise to call her in Toronto with feedback and additional questions. I didn’t keep that promise. Neither did I publish the interview. My personal life took over from the next day onwards, until a year and a half later today, now settled in Chandigarh. I found myself staring at the Times of India headline: “Shiv Sena Activists Attack Delhi Theatre Screening 'Fire' ”. And I was reminded of a middle-aged NRI Indian in Washington DC, screaming. “But this kind of thing does not happen in our culture, madam.”

(This article first appeared in Sunday Review, Times of India, on December 13, 1998.)