The Worlds Oldest Achievers of Some Amazing Feats 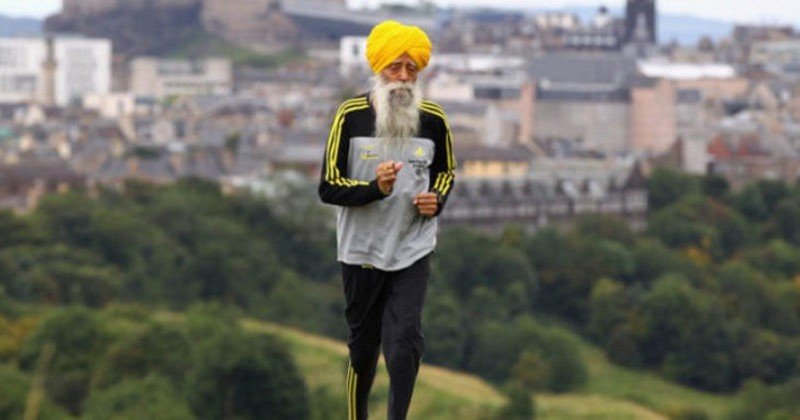 An 85-year-old ramp model, a dance crew of 70-97 year olds, a centenarian street artist, YouTube star and doctor — these world’s oldest achievers have pushed all boundaries although they are supposedly past the age to do anything extraordinary.

Preparing for retirement means more than using retirement planners and ensuring you have adequate savings. It also means planning how you will spend your time, aside from visiting your children and indulging your grandchildren. Here is a list of the world’s oldest achievers who will inspire you to dream big even when you are supposedly past it…

Kimani Maruge of Kenya enrolled in primary school at the age of 84 to learn how to read and count alongside his two grandchildren. 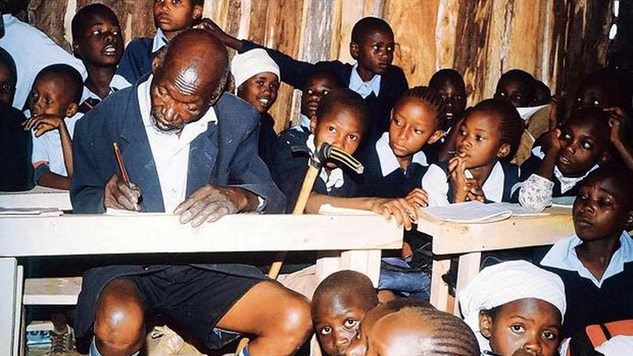 This freedom fighter’s (he fought for Kenya’s independence from the British) determination to get himself an education was opposed strongly by the parents of other school-going children and government officials. But he persisted and attended school for five years until his death in 2009. Google honoured his memory with a Google Doodle in 2015 and in the same year a biographical film, The First Grader, was released based on the life of Kimani Maruge.

Born in 1911, 108-year-old Fauja Singh is a British Sikh centenarian marathon runner of Indian descent. He has beaten several world records in multiple age brackets. His current personal best time is for the London Marathon (2004) at 6 hrs 2 mins. 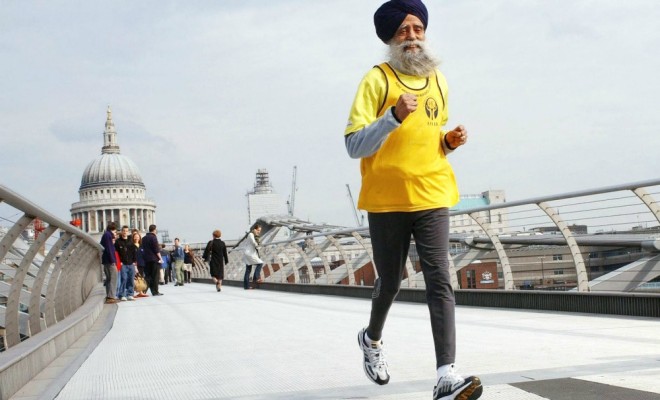 Fauja Singh never went to school; instead he worked as a farmhand in his village of Beas in Punjab. In 2004 he was featured in an advertising campaign by Adidas alongside David Beckham and Muhammad Ali. The Turbaned Tornado, as he is fondly known, eats a normal diet of phulkas, dal, green vegetables, yoghurt and milk. His faith, he believes, is what keeps him alive and running: “I go to bed early taking the name of my Rabba (God) as I don’t want all those negative thoughts crossing my mind.”

Age is no barrier to decorating an entire county with her crocheted work when it comes to 104-year-old Grace Brett. 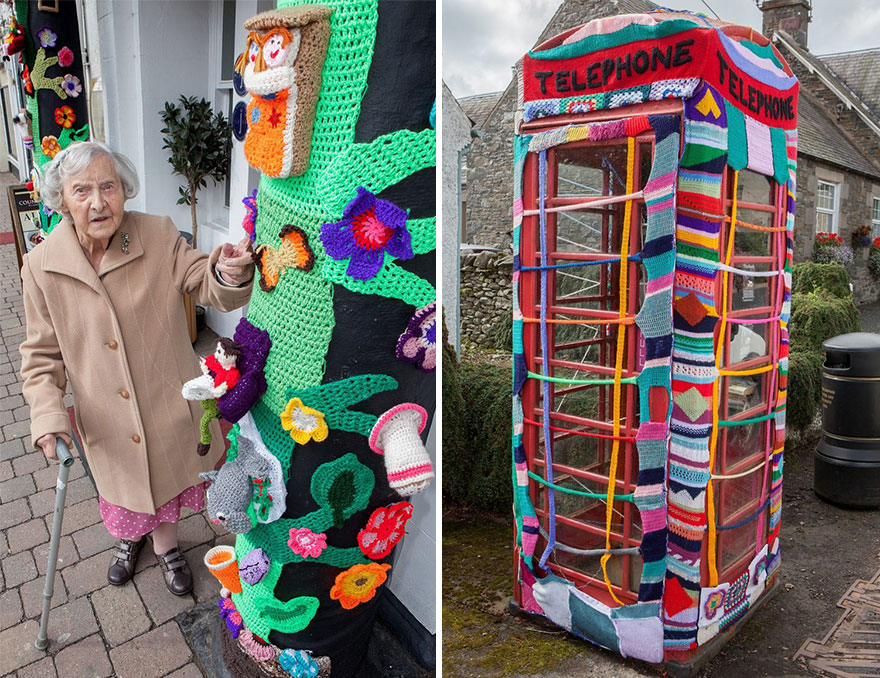 While she may look the epitome of sweet elderly innocence, Grace is a member of a group called the Souten Stormers who literally ‘yarn bomb’ everything from telephone booths to park benches to local buses in several small Scottish towns with their knitted designs.

106-year-old Alfred William Frankland, born in March 1912 in Sussex, England, is probably the world’s oldest practising doctor. An allergist, his achievements include the popularisation of the pollen count as a piece of weather-related information to the British public, and the prediction of increased levels of allergy to penicillin. 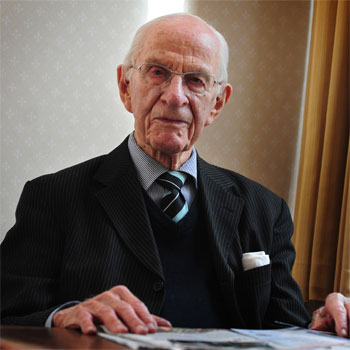 In the 1950s, Dr. Frankland worked alongside Alexander Fleming in the development of penicillin. After retiring from St. Mary’s Hospital in London at the age of 65, he has continued his work in research and writing and continues his practice.

Move over Gordon Ramsay and make room for the new cooking legend who has her own YouTube channel called Country Foods. Dressed in a simple sari, with an open rice field for background, 106-year-old Mastanamma cooks up delicious egg dosas, fish fry and bamboo chicken biryani in the videos – all from scratch! 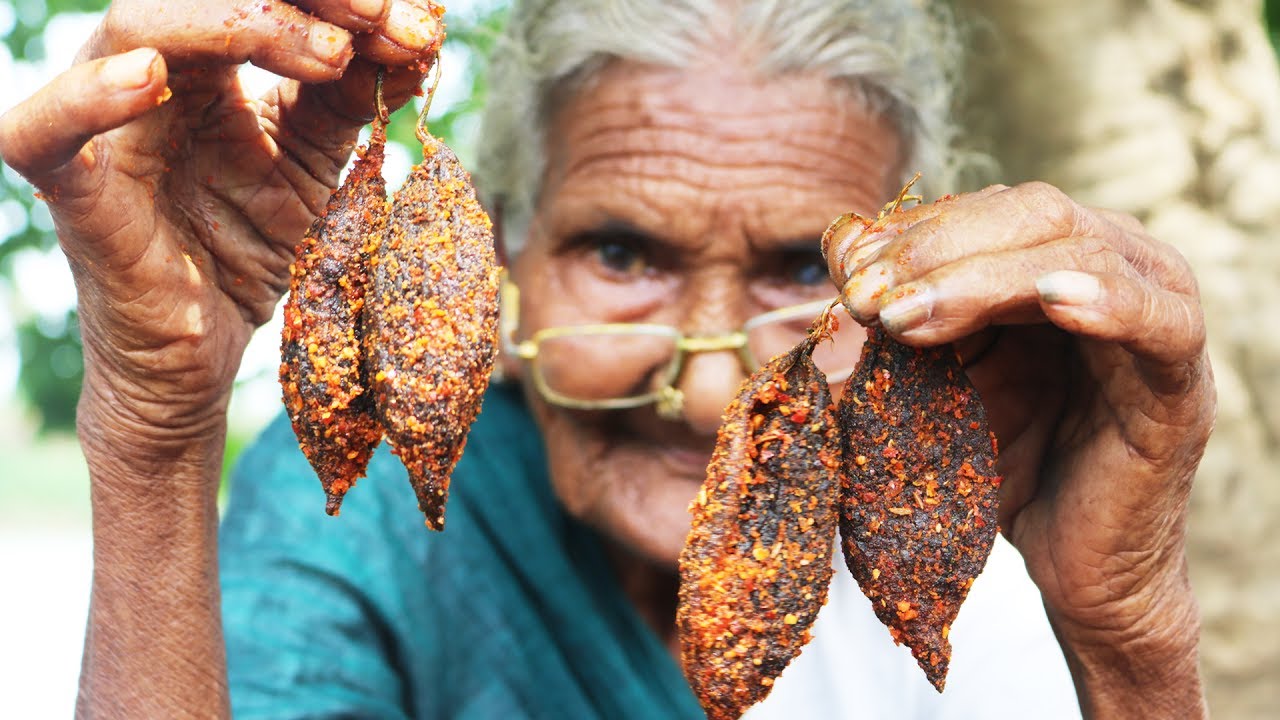 Introduced to the world by her Hyderabad-based grandson, her YouTube channel has over 300,000 subscribers from within and outside India.

Tao Porchon was born in 1918 on a ship in the middle of the English Channel to a French father and a Manipuri Indian mother who died during childbirth. Brought up by her uncle and aunt, Tao (now 101 years old) discovered yoga at the age of 8 in India and later learnt it from masters like Sri Aurobindo and BKS Iyengar. 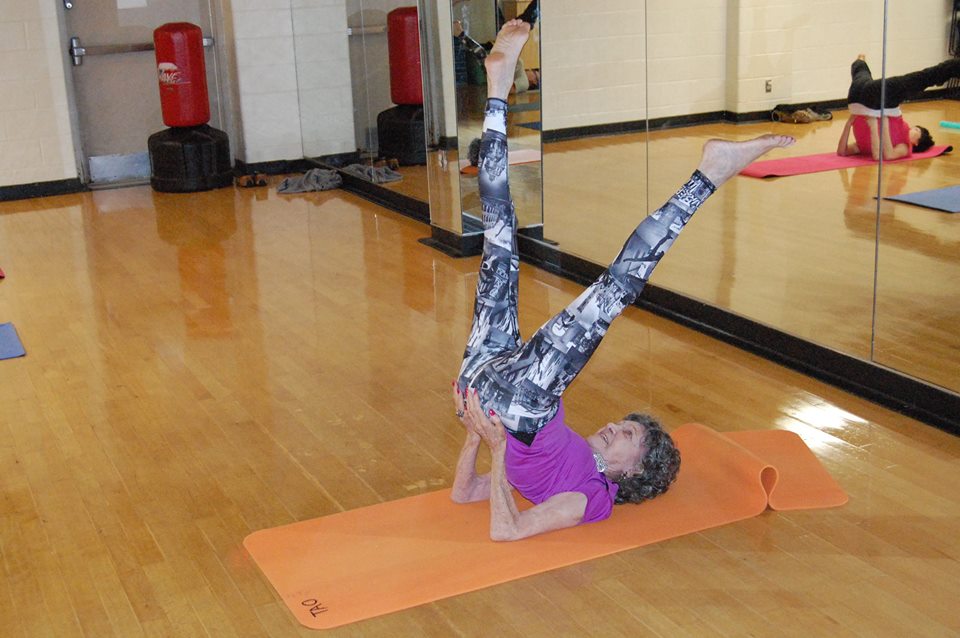 Today, she is an award winning author and still teaches six to eight classes a week in New York.

Widely known as the “Forces Sweetheart” for her performances to entertain troops during World War II when she travelled from Europe to India to Egypt, 101-year-old Dame Vera Lynn is an English singer and songwriter who last released an album in 2014. 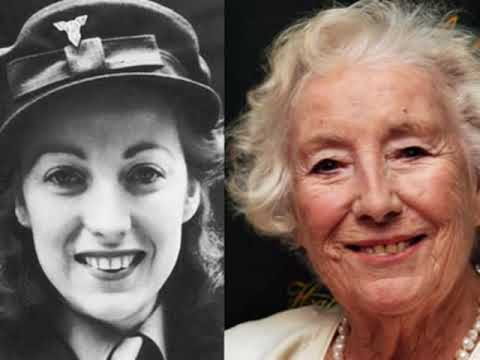 On their 1979 album, The Wall, Pink Floyd released a song titled “Vera”, referencing Vera Lynn and her song “We’ll Meet Again” with the lyrics “Does anybody here remember Vera Lynn? / Remember how she said that / We would meet again / Some sunny day?” Still writing songs, the lady has promised to release a new album very soon.

He looked great without his shirt on. Many people noticed that – from casting directors and fashion designers in his home country China to others around the globe as well. Now known as “the hottest grandpa,” this 82-year-old was earlier an actor, with bit roles in films like The Forbidden Kingdom and Warriors of Heaven and Earth, until he killed it on the catwalk at the Chinese Fashion Week in 2016. 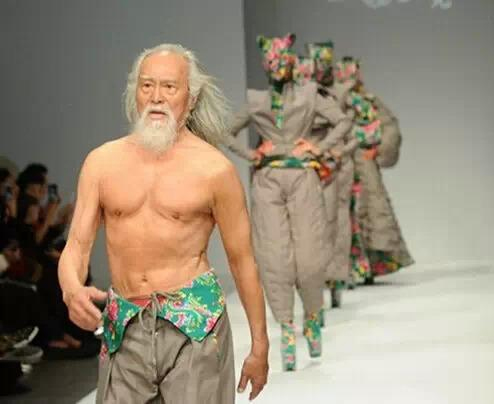 Gloria Struck is one of the original members of the Motor Maids’ women’s motorcycle club, which she joined in 1946. Going strong at 93 now, this New Jersey woman and Harley Davidson enthusiast from the USA, has made several long-distance motorcycle journeys through all 48 of the contiguous US states. 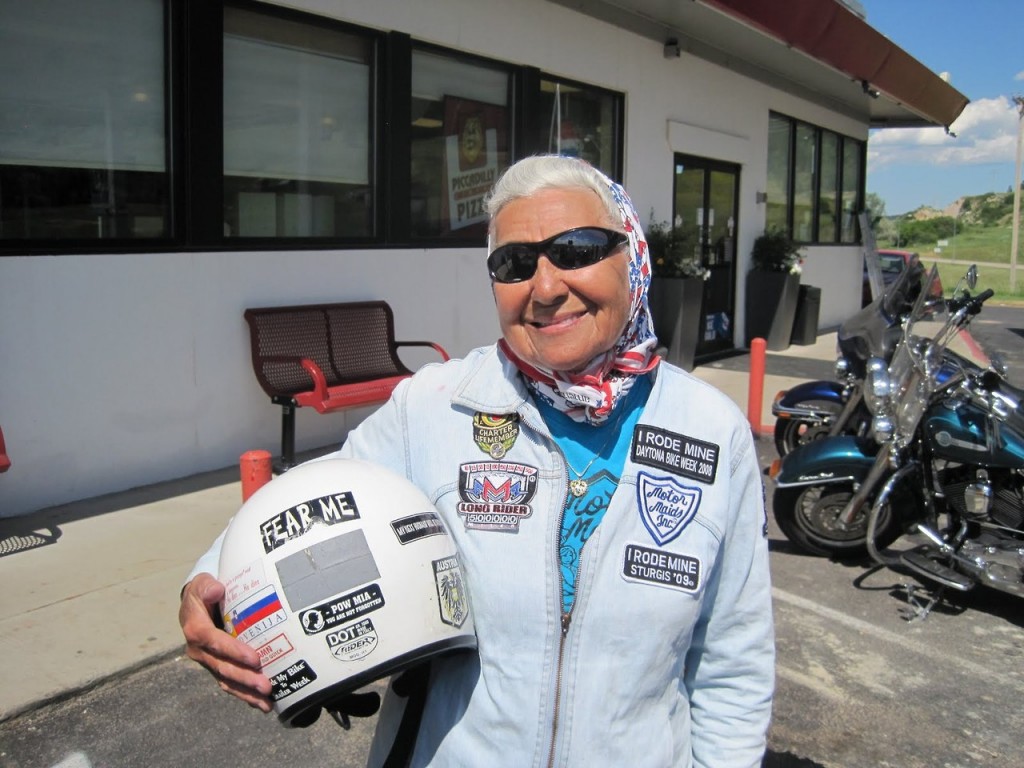 For her 90th birthday, she celebrated by riding for 2700 kms for a rally in Eastern USA. She estimates a lifetime 1,050,000 kms riding on eleven Harley Davidsons and three Indian motorcycles that she has owned.

The Hip Op-eration Crew is the world’s oldest dance group (Guinness World Records). They are the current world title holders. The dance crew consists of seven senior citizens aged 73 to 97 years old. The average age is 81 and there are two men and five women in the crew. One member is legally blind and partially deaf, one member uses a mobility aid, one member is profoundly deaf, two members have had major heart surgery, one member has kidney disease, many have artificial knees and hips, there is a married couple in the group (aged 84 and 86 years old) and all members have arthritis. They are all neighbours and live on a small island off the east coast of Auckland, New Zealand in the South Pacific (Waiheke Island). 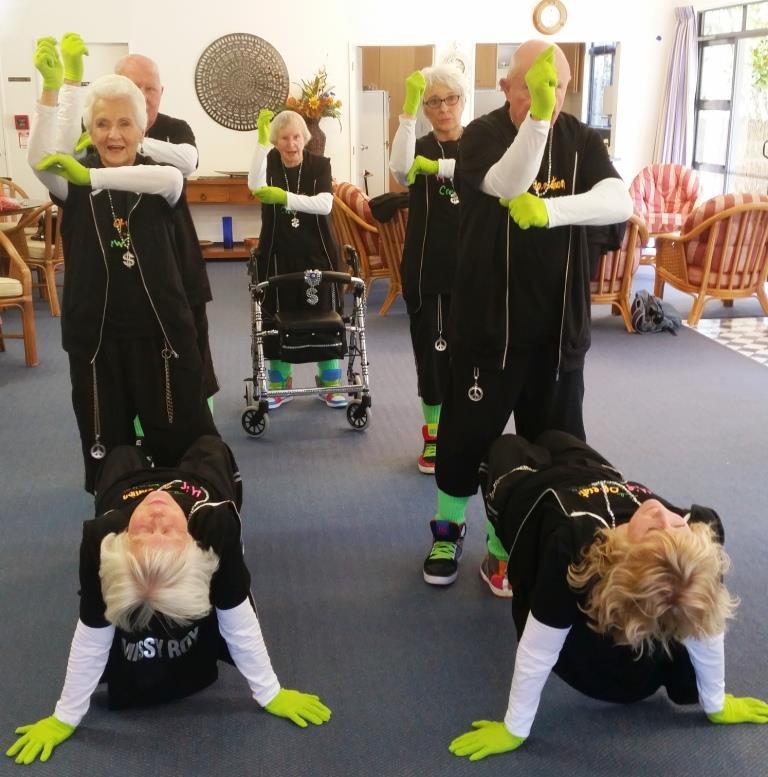