These Senior Singles Plan to Support Each Other 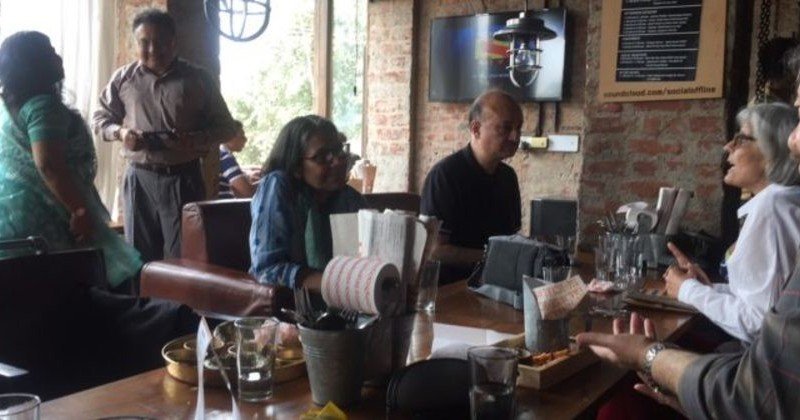 The JOY Community (Just Older Youth) is a Facebook group for Indians who are single and in the age group 50-60. These active seniors plan to live together in a community and be of support to each other as they age.

I started a group for single people aged 50-60 on Facebook in 2017. Although the immediate reaction from people is that it must be a dating group, this could not be further from the truth. The group is for singles who want to live and grow old together in a community so that they can be of support to each other as they age. It is called The JOY Community (Just Older Youth).

On returning to India after living abroad for several years, I found the number of single senior citizens had jumped exponentially. The 2011 census data shows that 15 million elderly Indians live alone and almost three-fourths of them are women.

Who looks after these Indians? The joint family system is disintegrating across the country, there is no solid social security system in place, and facilities for aged people are in an abysmal state. And this does not even take into account the problem of loneliness, which is coming to be known as the silent killer among the elderly.

The Beginning of JOY

Being single myself, I knew I wanted to do something to equip myself for the future. How about rounding up some others like myself and seeing if we could find a way of living close to each other as we aged – kind of like a substitute for family? And just like that, The JOY Community was born. I put up a post in a Delhi-based group asking if anyone was interested, and I could not believe the number of people who responded. There was obviously a severe need out there for emotional and physical support for singles thinking of their future plans.

Why singles? And why aged 50-60 only? Wouldn’t couples and especially people in their 60s and 70s benefit from living in a community too? The answer is yes, of course. But I felt the need of single people was greater. Couples have each other to fall back on, while singles have to rely on friends and neighbours for help when needed. And as for the age limitation, I figured most people in their 60s and 70s have settled down in some location post retirement and would be averse to relocating. Singles my age, still making their post-retirement plans, would be open to moving to a community, wherever it was formed, just for the comfort of knowing that there were others like them close by.

How We Plan To Live

The JOY Community currently has 70+ members and given the largish number we have decided that a single community cannot be formed in one location. So sub-groups have been created within JOY, focused on three different locations – South & West India, NCR & North India, and the Hills in the North – based on member preferences. These sub-groups are currently discussing locations, types of communities, budgets, etc. amongst themselves. Although there are members from all over the country and even from abroad, most are from NCR and so the group meets up offline once a month in Delhi. Sometimes members from other cities fly in too. Very soon, the sub groups will start meeting up often to discuss the agenda of living together and getting to know their future neighbours.

So are we going to build these communities ourselves? The answer is no. We have decided to look at three different models and based on member preferences several small communities of singles may come up. One option, the one most popular among members, is to move into existing retirement communities that offer facilities like community dining, proximity to hospitals, doctor on call, housekeeping, clubhouse for senior friendly activities, etc. Although these communities obviously have couples who have purchased units there, as singles we feel these retirement communities will let us live close to each other while offering the facilities needed to let us stay independent as long as possible.

Another model being discussed is buying condos in the same building or society. This too offers the advantage of living in proximity to each other while having our own private space. But we would not get the facilities that the retirement communities offer. The third model, also finding takers, is renting or buying a big villa or home to share. Here, members would have their own rooms but a shared dining and recreation area to mingle and socialize everyday.

How To Join Us

So, as you can see, we are still an evolving group, but the seed of the idea has germinated and is beginning to grow. Singles aged 50-60 interested in being a part of JOY can click here and answer the questions that will pop up before their request to join is considered. Further questions from the admins may follow. The stringent screening process is for the online and offline safety of all members and to ensure that people are seriously aligned with the goals of the group and not just joining to meet and socialize with other singles. Once accepted, new members join the discussions regarding community living already in progress and their active participation is sought and expected.

My hope, as we move forward with our community living plans with JOY, is that many such communities will spring up across the country, especially for very senior citizens too, so that no elderly single has to face the daunting prospect of a lonely and unsupported old age in India.

Once again, here’s how single people in the age group 50-60 can join JOY – click here.