What Ails Higher Education in India?

What Ails Higher Education in India? 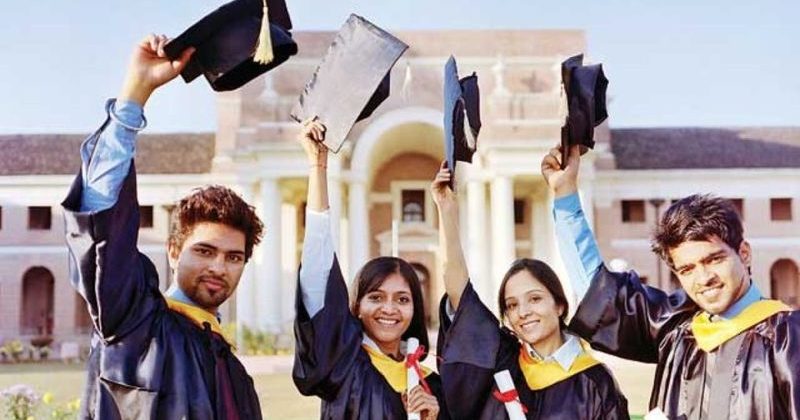 In its quest to meet the goal of universal education at the primary level, India has neglected its institutions of higher learning. And we might have to pay a heavy price for that.

Ranjana has a post graduate degree in political science. A person with her academic qualification, in possibly any country in the world, would be considered capable of working with a think-tank or even in a media or research organization. But she is now toiling away in a job that millions of illiterate teenagers and women perform for lack of basic education – she is a maidservant in a middle-class home in Delhi.

Surprising as this may sound, Ranjana’s story is absolutely true. Think of it and you’ll find that we all have, sometime or the other in India, encountered graduates driving auto rickshaws, PhD holders behind retail sales counters and post grads operating neighborhood grocery shops – not out of choice but because the educational degrees they possess are worthless. Not because these people aren’t bright and industrious but because the extremely poor quality of ‘higher education’ they received has failed them, failed the resources gathered and invested by the state in educating them, and thereby failed the development needs of our nation. In this ten-point agenda prepared by Hardnews to ‘change the face of India’, upgrading the capacity and quality of higher education tops the list.

Even as graduates and postgraduates continue to swell the ranks of the 41 million registered unemployed in India, virtually all sectors of industry from health to manufacturing to aviation engineering are reporting or projecting acute personnel shortages.

Indian higher education today does not produce enough of a workforce with relevant skills and training in disciplines needed by the nation. When it does, ironically, the education is of such poor quality that the output is ‘unemployable’ in the very sectors in which it is needed, unable to make a meaningful contribution.

The managing director of a Chennai-based manufacturer of capital machinery says: “As the CEO of a medium-size engineering company deploying multi-disciplinary technologies in its products, I grapple with the task of continuous induction and training of engineers and technicians. In 20 years at this job, a glaring lack of serious proportions became apparent. Most candidates being interviewed for technical positions and armed at the minimum with a Bachelor’s degree in engineering were found wanting in understanding the fundamentals of high school mathematics and physics. Screening tests had to be dumbed down to yield at least a minimum set of plausible candidates. Lack of conceptual clarity, inability to perceive patterns, no competence in applying concepts to diverse areas, are some of the issues that I confronted. And yet, the so called ‘first class’ graduates were quick to recite arcane formulas by rote, but without conceptual clarity. I came to the sad conclusion that 70 percent of the candidates are not employable and considerable fundamental re-education would be entailed in preparing them to deliver results at work.”

The capacity is not great either

If the quality of education is low, the capacity is not great either. Only 8 percent of India’s population in the college going age-group enrolls for higher education. Most seats in the best institutions and universities are competed for and taken by the brightest high school graduates: these prime portals of higher learning today do not serve the needs of the country or act as feeder institutes to universities abroad.

Besides the brain drain, the flight of capital is immense – India has now become a net consumer of foreign education with Indian parents paying to the tune of $3 billion a year to educate their children abroad. Expert guesstimates, based on the current employment scenario, suggest that as many as 70 percent of these children are unlikely to return to work or resettle in India - they have flown the coop for good.

There is an urgent need to increase, both by expansion and upgradation, the number of quality higher education institutions that can teach and train, in relevant disciplines, the bright and perfectly capable high school graduates who have not necessarily scored 90+ or even 80+ percentages in CBSE or other school- leaving exams.

Many of them cannot afford to go abroad or have no ambitions in that direction. They are, however, desperate for a good education, not the kind they receive in the second and third-grade colleges they are forced to enroll in, to do irrelevant general courses. More importantly, the country desperately needs them - they are the raw material from which a future knowledge economy can be fashioned.

Where did India go wrong?

Why has the supply not kept up with the demand? And why has higher education in India been neglected for so long?

There are other answers as well but the most crucial perhaps is what Dr Amartya Sen, Nobel Prize winner for Economics, once said: “Fifty years of under-investment in education are at the root of all the development ills of India today.”

It was way back in 1965 that the Kothari Commission recommended the country spend at least 6 percent of its GDP on education, as against the 3.5 percent being spent. More than 40 years later, not a percentage point has changed. And of this amount, the maximum funds received by the higher education sector were 25 percent during the 4th five-year-plan. By the time the 8th five-year-plan rolled around, the expenditure had dived to a mere 7 percent; it continues to slide further.

It is understandable that India wanted to meet the goal of primary education for all. But ignoring higher education in favor of ‘lower education’ has turned out to be the equivalent of feeding infants at the expense of adolescents – the latter have been starved of the nourishment needed to meet the challenges of adulthood. The result is visible: unless immediate action is taken, India will face an acute shortfall of knowledgeable manpower in the coming years – at a time when it is most required for the country to be competitive in a global economy.

Professor N.S. Ramaswamy is the former founder director of the National institute of Technical & industrial Engineering in Mumbai, the Jamnalal Bajaj institute of Management Studies, Mumbai, and the Indian Institute of Management in Bangalore. He is currently the Bangalore- based founder-trustee of the Centre for Action Research & Technology for Man, Animal & Nature, as well as the Indian Heritage Academy. His recommendations to Hardnews:

(This article was first published in Hardnews magazine (under the heading “This High is Low) in January, 2007.)