Whose World? Whose Madness?

Whose World? Whose Madness? 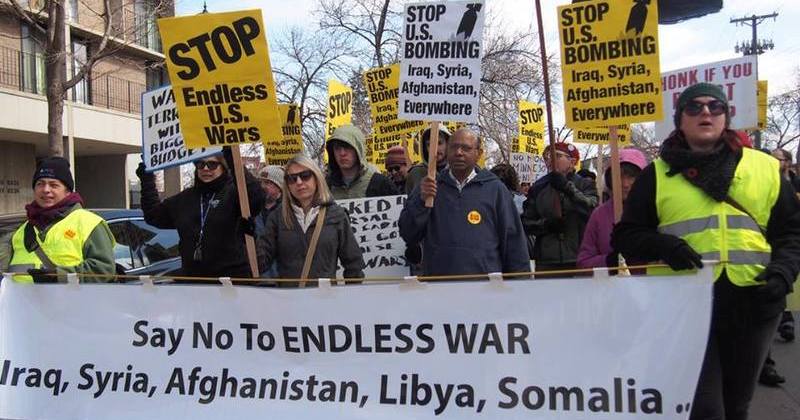 I wake up Monday morning to find the recent madness of the world again at my doorstep. The madness has become mine and that of my loved ones too. The combination makes for a strange kind of schizophrenia.

Pakistan will continue supporting the ‘global fight against terrorism’ (Who is ‘global’ and who is a ‘terrorist’?) even as its own backyard mutinies and kills innocent churchgoers. Vajpayee talks tough and will not meet Musharaff at the UN as Kashmir burns (“What is there to talk about?” he says). And America has intensified the dropping of both bombs and biscuits (Let the Afghans go to hell with their stomach full).

My nine-year-old’s view of the war is simple yet sharp (“Why do they have to kill so many people to look for one bad man?”). I can hear the same question being echoed by his contemporaries in America’s classrooms (the argument -- “we need to go after countries and people who harbour terrorists” will not hold much water with the kids, I suspect). Hauled out of a warm bed to confront a week’s worth of aerobic practice, my son thinks I should instead write a column about why schools hold annual drill displays (why do they?). Or why junk food tastes so good (“Can I take alu bhujia for tiffin today?”).

My household help says “Yeh Arab log ka jaat theek nahin hain.” Accha, kyon? He does not answer because he’s more concerned about the consequences of his own “lower caste” adivasi self having committed the paap of eating prasad offered by a high caste priest the day before (Has he?). He ponders over a more serious dilemma: should he quietly observe a fast or go beg forgiveness from the priest?

I check my mail and find there is introspection on the opposite side of the world. My friend Holly writes from the US, “I am not out there waving my American flag as many people are because I feel attacked, not just as an American, but as a human being. When I see my fellow Americans out there waving their flags and singing ‘God Bless America’ all over the place, I wonder what kind of message we’re sending to the world. Do we think it’s them against us? Poverty around the world, in the face of our feverish consumerism, can only lead to the empowerment of people like bin Laden.”

I wonder if the West (besides Holly and many like her) is truly looking within itself or whether it has just become “far more alert” because, as another American friend says, “the wildness rising in some of us is fear.” Are she and her countrypeople, and I quote from her mail again, merely “prime top predators given a taste of life as vulnerable prey”?

Let me scrap my carefully constructed column of the night before ? the world rewrites itself even as we sleep. Perhaps I should just concentrate on the challenge of fitting my current thoughts into 500 words as opposed by the usual 800 (“People have short attention spans - but you’ll get paid the same as before though,” my editor says).

(This article was first published in my weekly column The Way We Are, in Chandigarh Times, Times of India, on October 30, 2001.)